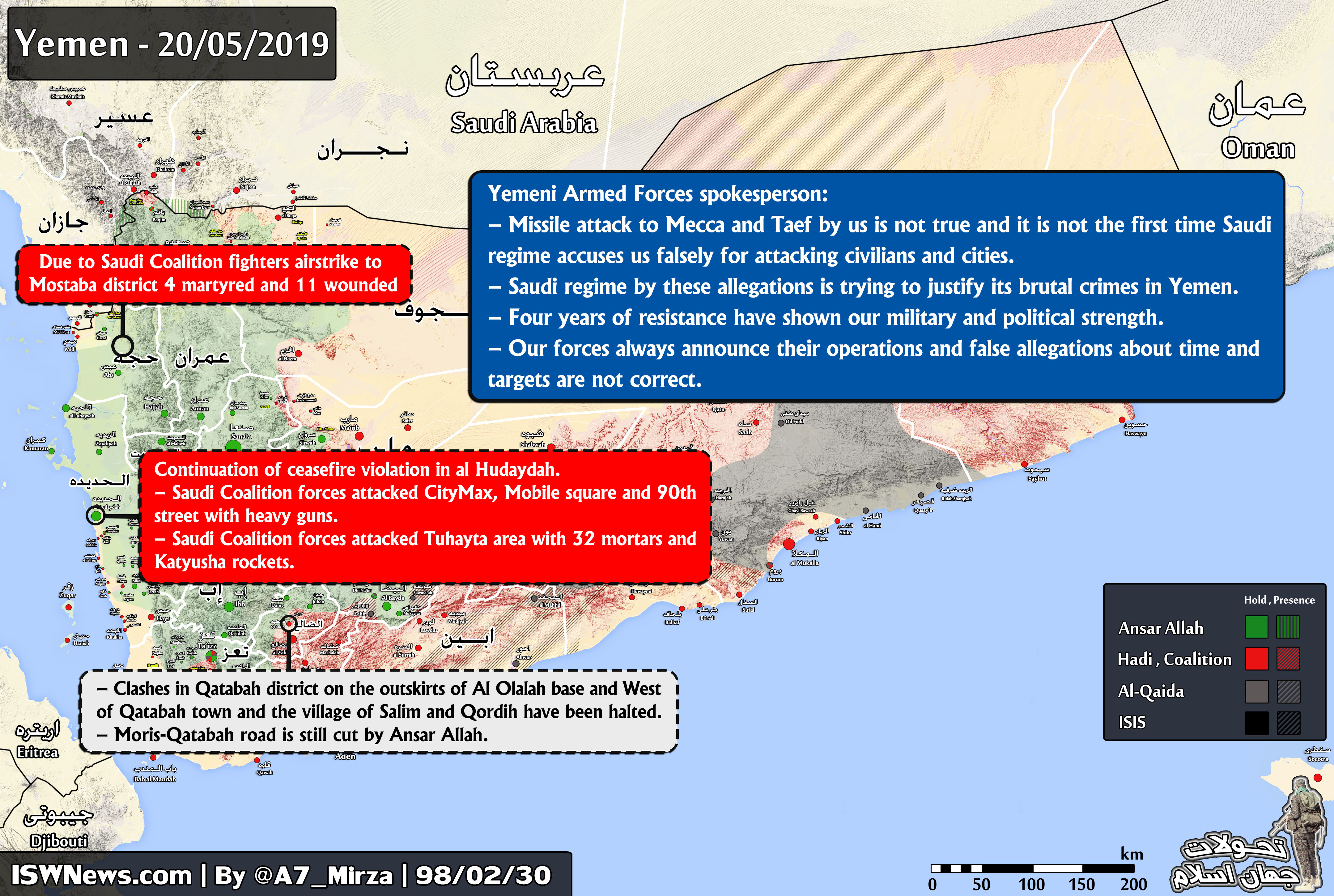 1. Dhale:
– Clashes in Qatabah district on the outskirts of Al Olalah base and West of Qatabah town and the village of Salim and Qordih have been halted.
– Moris-Qatabah road is still cut by Ansar Allah.
– Saudi Coalition forces trying to attack Al Fakhir from southern front.

2. Yemeni Armed Forces spokesperson:
– Missile attack to Mecca and Taef by us is not true and it is not the first time Saudi regime accuses us falsely for attacking civilians and cities.
– Saudi regime by these allegations is trying to justify its brutal crimes in Yemen.
– Four years of resistance have shown our military and political strength.
– Our forces always announce their operations and false allegations about time and targets are not correct.

3. Hajjah:
– Due to Saudi Coalition fighters airstrike to Mostaba district 4 martyred and 11 wounded.
– Engagements in east of Al Nar and Hayran and north of Abs fronts.