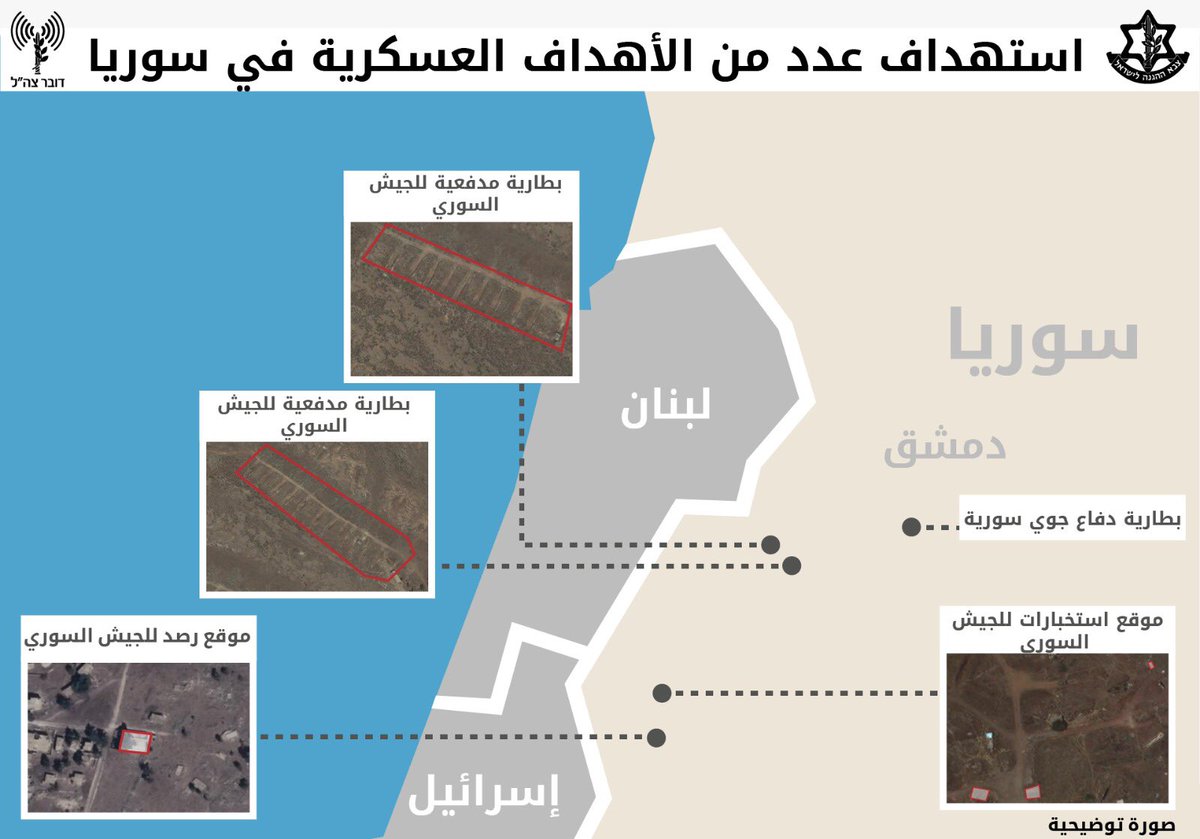 ISWNews Analysis Group: At 4:10 in the morning, several missiles were fired by Israel at east of Qunaitra, and eight Syrian soldier were martyred and eight others were wounded.

Syrian media also announced that Syrian air defence systems intercepted and destroyed a number of Israeli missiles. The spokesman for the Israeli Army said that the attacks had been carried out on Syrian military positions such as Syrian artillery units in west of Khan al Sheikh and east of Beit Tima, and intelligence and surveillance posts in north of Qunaitra and Tal al Sha’ar.

Yesterday, the Israeli Defense Ministry claimed that two rockets were fired from Syria to Golan.

The reality about Israel is that the behavior of this regime is very similar to a dog! If he does not receive a decent response during an attack, he will continue to attack, but he will flee in the face of a strong response and mutual attack! This behavior of the Israeli regime is obvious in the face of Lebanon’s Hezbollah, which is why Israel never dare to attack Lebanon because it knows that it will receive the right answer.

Apart from the sidelines of the S300 and S400 systems, Syria’s main problem is not about the use of these systems, but the Syrian government and SAA’s behavior towards the Israeli regime; Therefore, if Syria seeks to correct it, it must reconsider its behavior.