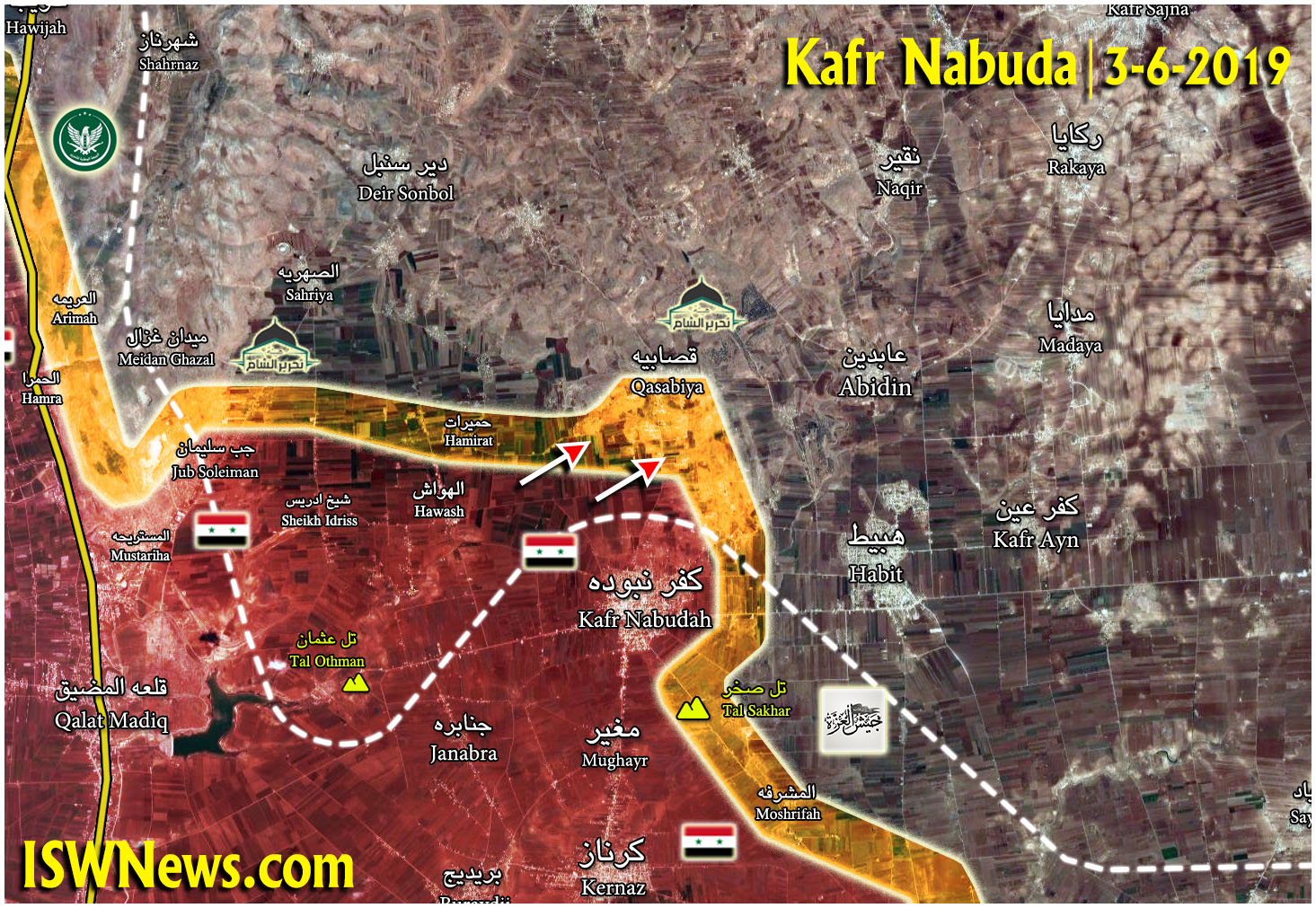 In despite of the village liberation news by the Army, engagements are in southern farms and houses of the village and the control is not complete yet.

Many imagined advances will be at Hobit direction but due to militia presenting in northern heights of Kafr Nabuda and Hobit, advancing in straight axis was not a good choice for the Army. Thus, advances target heights first and if village Qasabiyah is claimed, Syrian Army will have upper hand to advance in depth of eastern part.