Who Is the Winner in the Northwest of Hama Battles? 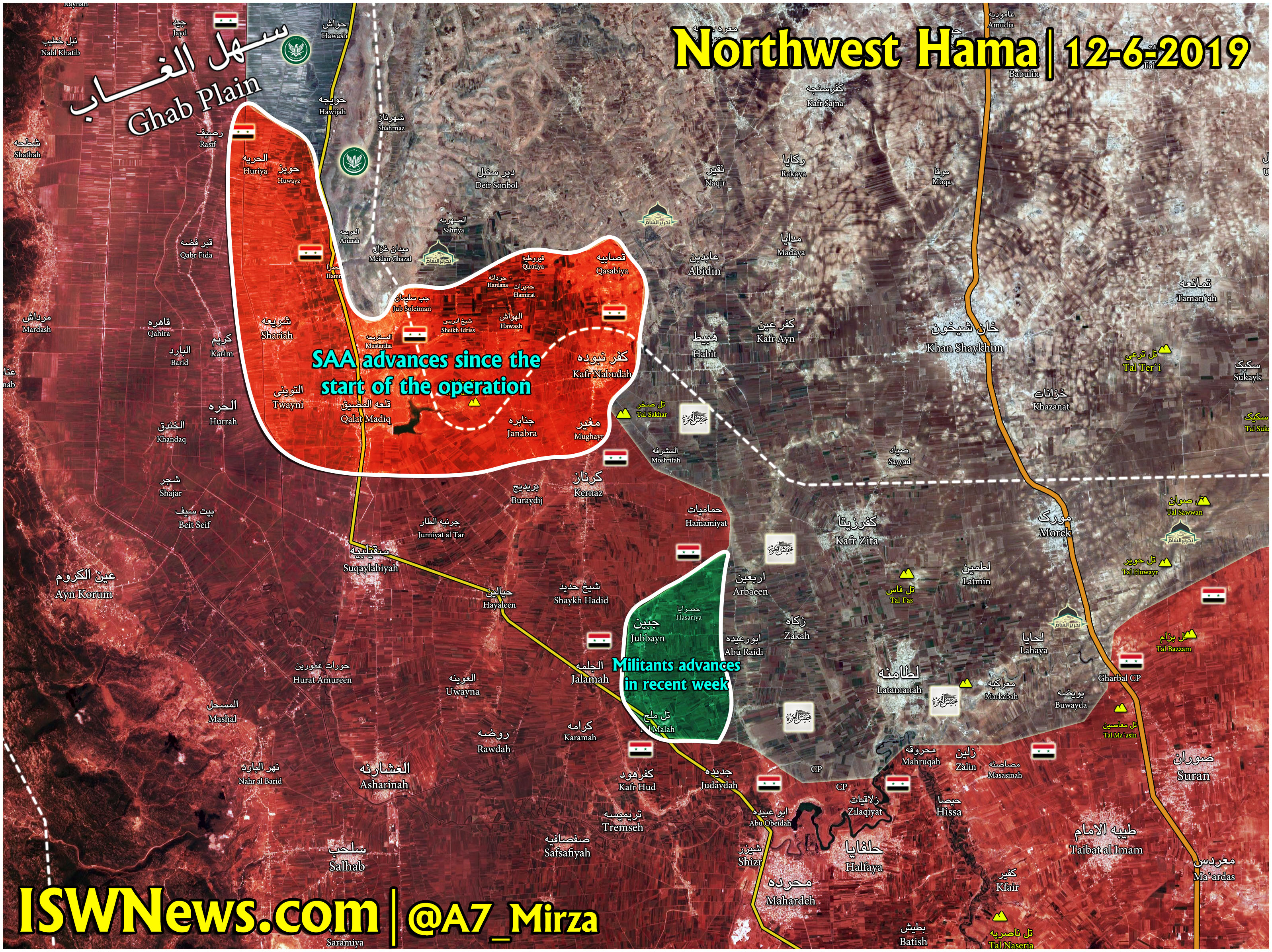 The orange areas are the areas that have been freed from the hands of various terrorist groups since the start of the Syrian Army’s operation in the northwest of Hama and southern Idlib, and the green areas are also the areas that captured by militants in recent week.

As shown in the map, the Syrian Army has taken control of several villages, including two very important and strategic points, namely, Qalaat Mudiq and Kafr Nabuda from the hands of the terrorists. Two strategic points which have great importance in the upcoming battles of the northwest of Hama and southern Idlib.

But the militants only captured two small and less important villages that have not a decisive role in the upcoming battles in the northwest of Hama; however, if the militants advances was in greater depth, it might had somewhat different but the Syrian army did not let it…

Given that the tactics of the Syrian army in this area and the rate of maneuverability they should have or should not, as well as the amount of damage to the Army, can be debatable, but the overall story and comparison of the achievements of the sides show the complete victory of the Syrian Army.