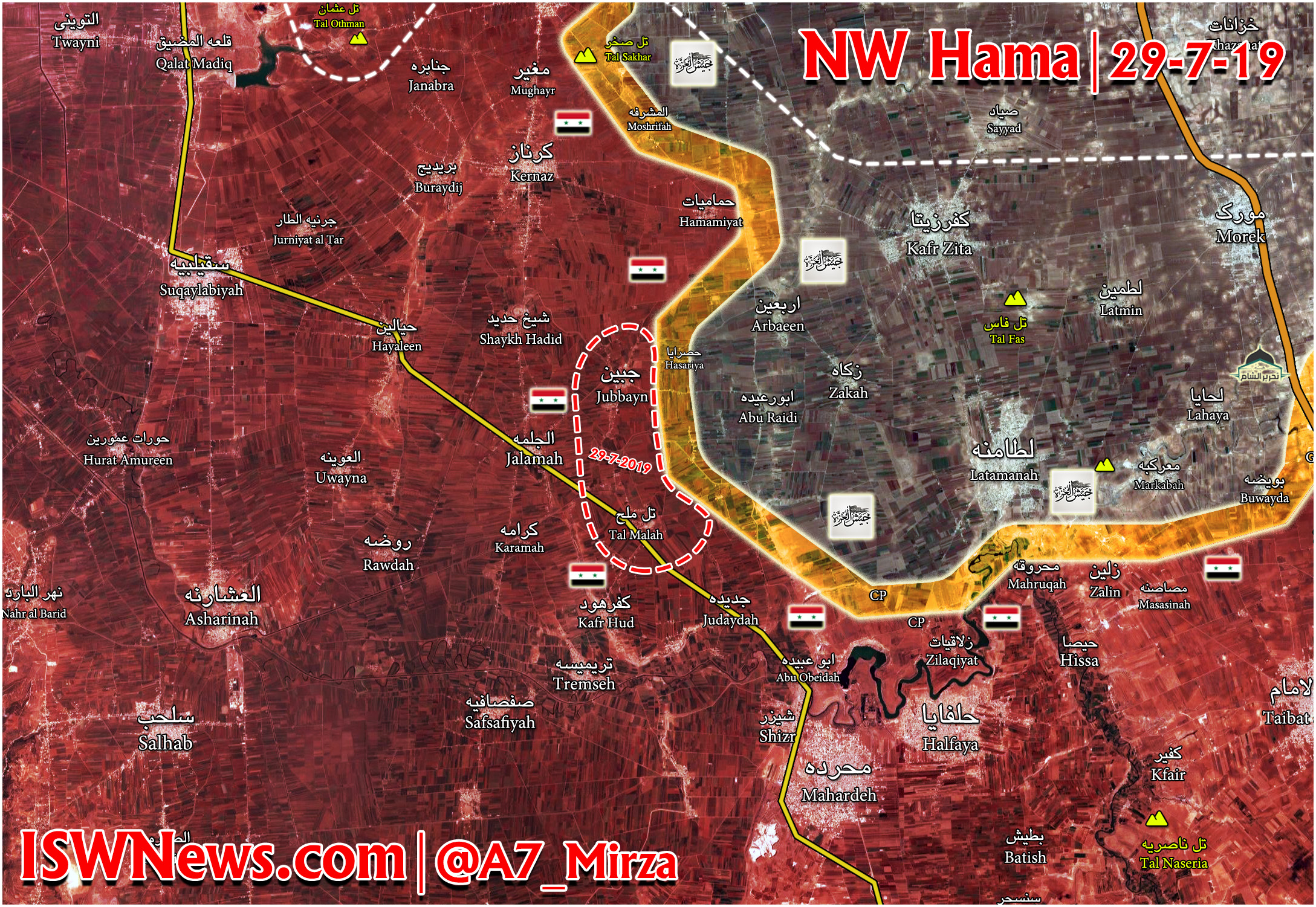 A month and 22 days was passed that militia from different groups could claim villages Al Jubain and Tal Malah. Last night after a series of severe artillery and aerial raids, Syrian Army soldiers entered the area and defeated militia.
Although Syrian Army’s loss was high in the last month, militia’s loss was much higher.
Therefore, the Mahrada-Suqailabiyah road is open again.