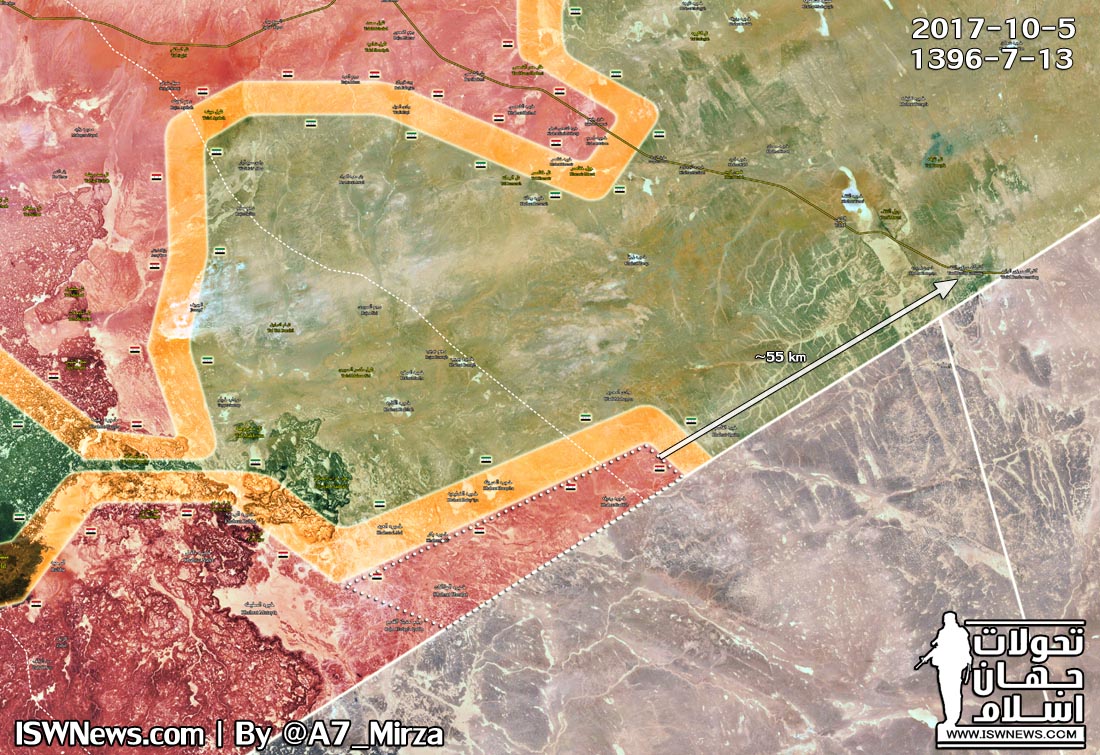 The Syrian Army and allies over the last few months, especially in the last month of the summer when other Syrian fronts were very active, began to slowly clear the borders of Jordan with the least amount of tension, and by liberating border posts one after the other they moved to the nearest point of the Al-Tanf border crossing.

The progress in this area made while the Badia(dessert) armed forces and their masters, the United States and Jordan, lost the upper hand in the Al-Tanf crossroad when the Resistance forces, and the Syrian Army turned around it so they made the best use of this opportunity. They blocked large areas and routes that were considered as the main ways for supplying armed forces from Jordan to Syria in the past.

At the same time as the advancements that were mentioned, the pressure for negotiations was also applied by Russia on the United States and Jordan to speed up the process of solving the problem of the al-Tanf area and liberating the southeastern regions of Syria. Therefore, as we said earlier, talks were held in Jordan during the summer (the quality and quantity of the talks are unclear) and the latest (unconfirmed) news of the decision of the United States and Jordan is to give the control of the Al-Tanf bordercorssing to the Syrian government.

Basically, in the current situation and with considerable successes of the Syrian army and the resistance forces in Syria, the Badiah armed forces will not do anything and their presence will not help the armed forces and their goals, unless the Americans and Jordan directly enter into battle and declare war against Syria.

Therefore, now it is the most logical way to give the region to the Syrian army.

“The border between Syria and Jordan near the US base in al-Tanf has become a 100-kilometer” black hole, “said the Russian Defense Ministry’s deputy Igor Konashnokov, The Representative of Pentagon has repeatedly said that new Syrian forces are being trained under the supervision of the United States, Britain and Norway. Along with the new Syrian forces, ISIL forces emerge from that point, like the devil. ”

These are sarcastic expressions to the recent attacks of ISIL on al-Qaryatain, or the Syrian-Iraqi military posts around the Al-Tanf border crossing, and according to the Russian Defense Ministry, these attacks could not be possible without American guidance or without allowing ISIS terrorists to pass.