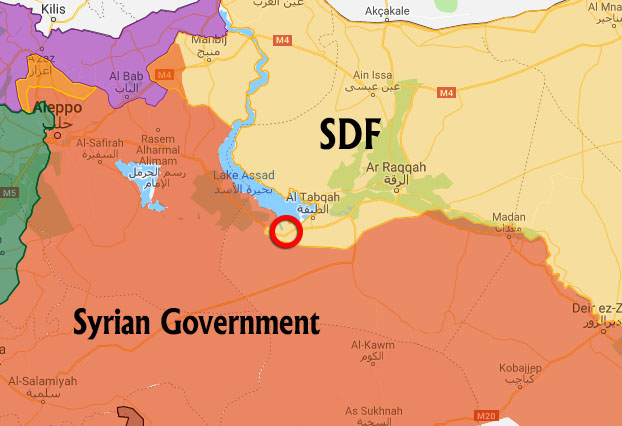 ISWNews Analysis Group: Three days ago, the Russian Defense Ministry’s Center for Reconciliation of Opposing Sides in Syria released a statement announcing 10 villages in the Syrian province of Raqqah have signed a reconciliation agreement with the Damascus government.

The announcement was made by the Russian Defense Ministry with no response neither from the Syrian government nor the Syrian Democratic Forces.

However, today the official spokesman for the Syrian Democratic Forces, Kino Gabriel, issued a statement denying any agreement or handing over the villages west of Tabqah to the Syrian government.