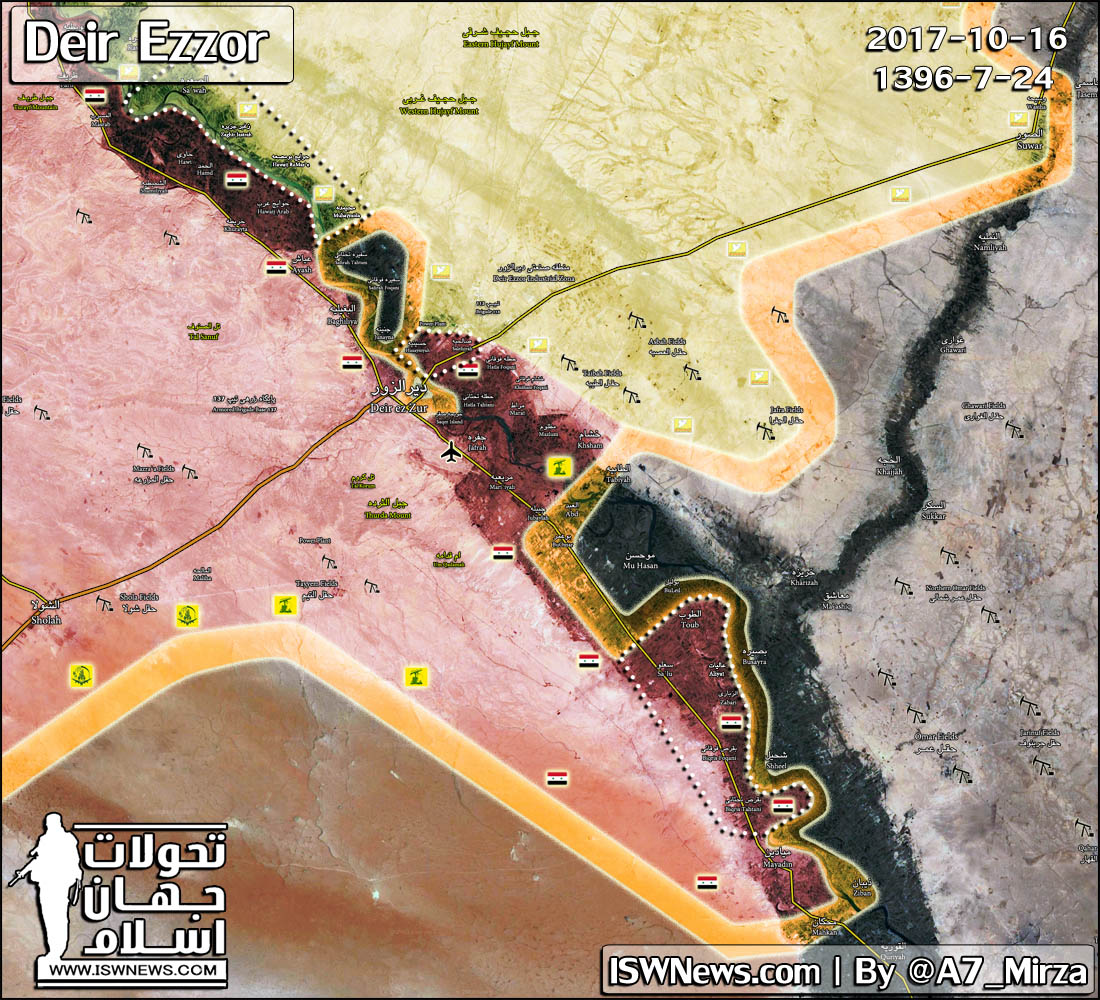 Led by the Tiger Forces, the Syrian Arab Army (SAA) continued their advance around Al-Mayadeen in a bid to clear the remaining Islamic State pockets in the area.

As a result of this attack, the Syrian Arab Army was able to liberate at least six villages near Al-Mayadeen, clearing a path along the strategic Mayadeen-Deir Ezzor Highway.

While the highway is not yet open, the Syrian Arab Army should have it completely cleared of the Islamic State in the coming weeks, as they continue operations near Al-Mayadeen.
HD MAP