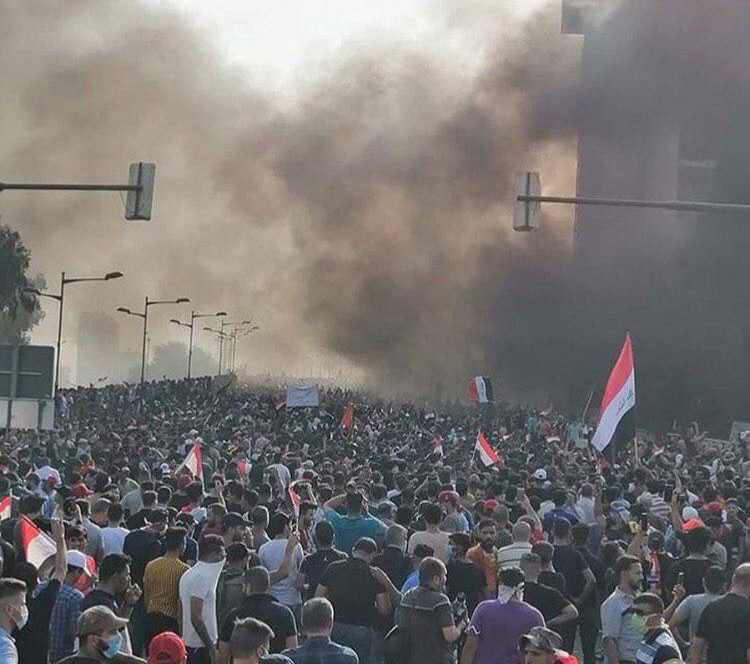 ISWNews Analysis Group: While curfew were previously announced on Wednesday in the cities of Nasiriyah, Amara and Hilla, Adel Abdul Mahdi last night issued a statement banned all people and vehicles from 5am Thursday until further notice.

The decision came after people’s protests in various Iraqi cities, including Dhi Qar, Najaf, Karbala, Hilla, Baghdad, which had their second day. In most areas it was violent and protests have so far killed 4 and wounded more than 200, according to published statistics.
Also yesterday in a tragic incident, a child in a car burnt and died!

Iraqi protests, which this time appear to have begun on some social media channels, came a day after Adel Abdul Mahdi accused the Zionist regime of attacking some of the Shiite strongholds in Iraq and after his trip to China.

Some reactions to the protests:
– The US embassy in Iraq issued a condolence letter to the families of those killed in recent incidents.
– The Iraqi president urged the protesters to respect the law and to restrain themselves.
– Sayyed Ammar Hakim, tweeting: “Listen to their voices.”
– Muqtada al-Sadr on Twitter: We do not want and it is not right to turn popular demonstrations into factional and group demonstrations because otherwise we would order reformist revolutionaries to keep up with them. But we want to keep it popular And we emphasize its peacefulness.