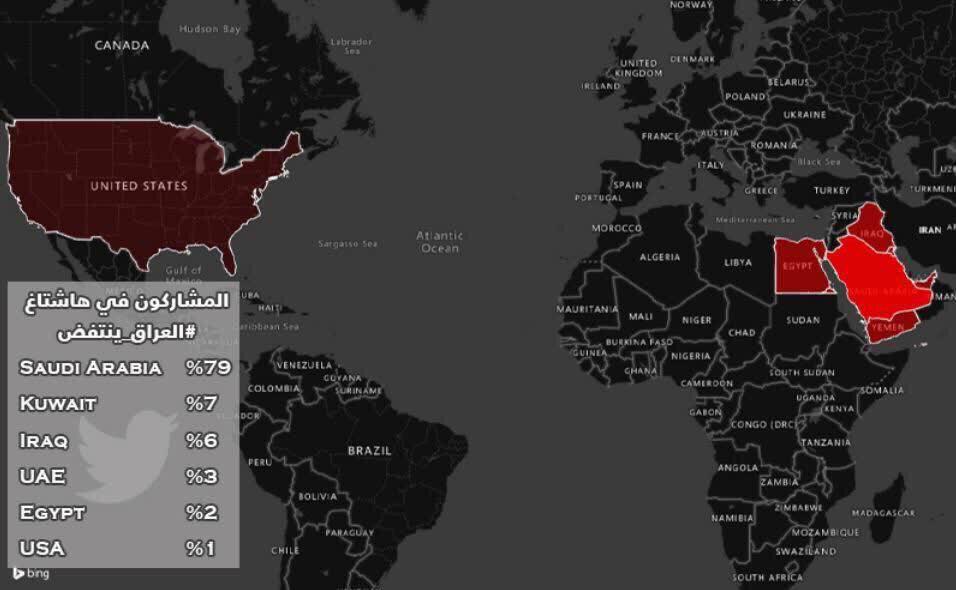 In recent days, surprising protest and conflicts happened in Iraq that were different from previous cases. This time there was no invitation by the political parties and even Sadr movement did not invite formally or informally. The protests were triggered by social media and the level of the work shows that there is a master […]

In recent days, surprising protest and conflicts happened in Iraq that were different from previous cases.
This time there was no invitation by the political parties and even Sadr movement did not invite formally or informally. The protests were triggered by social media and the level of the work shows that there is a master plan behind it that removes the option of being spontaneous and people oriented and increases the likelihood that foreign embassies and intelligence agencies are behind the scene.

This doesn’t mean that all the protesters are manipulated or even know where is the source of the riots, but actually there are enough reasons for protests. In fact the stimulation comes from special meetings and people of different classes follow it.

The important point is the timing of the incidents, that if we ignore recent stances of Adil Abdul-Mahdi(in being close to Iran and Resistance and against Israel) and his trip to China, we have the important Arbaeen ahead of us. Some of general body of Sadr’s movement are busy with Arbaeen and even if they want to protest they would do it in Baghdad and won’t reach holy Najaf. However in several Shite provinces such as Najaf we observed a connecting network of protests simultaneously.
Influencing multi million people parade of Arbaeen is of course part of their plan. Bringing the unrest to Najaf to influence presence of foreign pilgrims. Strong presence of non Iraqi pilgrims in Arbaeen means strengthening Shia identity irrespective of tribes or race which is not tolerable for many regional and foreign states.

Other aspects such as more political and less economic slogans, more offensive ways to protest, attacking security forces, covering the protests with cellphones more professionally and in social media have shown us a new stage of protest in Iraq.

Security officials of Baghdad and Najaf have confirmed that the protests are not related to Sadr movement and believe Baath movement is more into these protests.

Although talking about Baath in recent years seems unusual to some people, but social structure of Iraq has a new class of Ba’athism which does not necessarily mean fan of Saddam.
This class includes pan Arabs, anti Iranian, pro-dictatorship and militia from different spectra from youths to elites of Iraq together. This class should be called ‘New-Ba’athism’ which sometimes shows Shia, Sunni and even secular and communist appearance. Naturally this movement is fighting the current situation and can fit a wide range of races, tribes and religions in it.
The upper layers of the movement is particularly related to foreign embassies.
Neither Saudi nor USA cannot find a better way to infiltrate in and influence Iraq specially the shia community. Even cracking the shite community beyond borders like in Iran anf Iraq which have been united significantly. The enemies do not have any other choice but to promote racial and tribal differences. Since religious cracking has worked opposite of what they expected and resulted in strengthening the shia movement.
It shouldn’t be neglected that corruption, lack of services and infrastructure and unemployment issue in Iraq are not deniable and people’s protest is acceptable but this can’t be an excuse for us to relate a special movement, which use it for political purposes and is manipulated by some embassy’s dollars, to shortcomings in services and infrastructure.

In long-term Iraq’s future from social point of view should be investigated deeper. High population increase rate and young generation who is familiar with social media in addition to extensive social and cultural plans that US and allies have in Iraq to make younger generation liberal, are all signs of changing the social situation in Iraq in future.

This is one side of the story and the other side is forming of Resistance and Hashad Shabi which is active and sensitive with large social basis.
Arbaeen pilgrimage, leadership of Marja (not necessarily the current Marja), Islamic schools and often less active Islamic organizations and indeed security departments of Iraq, they all are responsible about liberalization of the younger generation and maybe in a decade the outcomes of this challenge is more clear.

Image: Investigation on hashtags of Iraq protests show that about 79% of them came from Saudi Arabia!