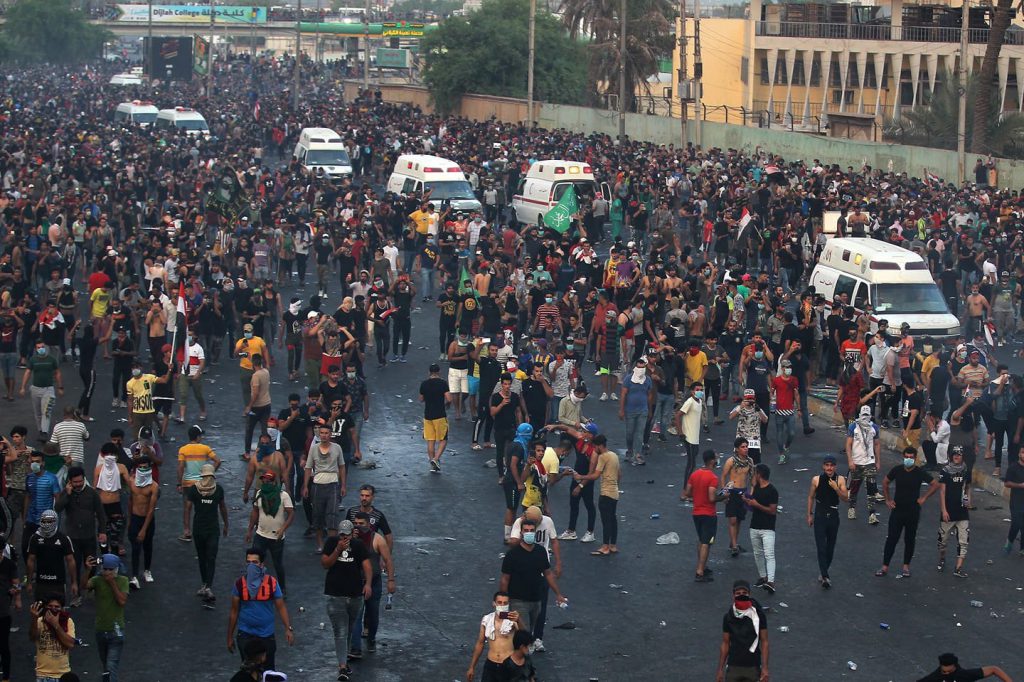 ISWNews Analysis Group: Iraq’s Department of State announced that in recent protests from October 1 so far 104 people are killed, from whom 8 are security forces and 6,107 injured.

Saad Maan, Department of State spokesperson mentioning the purposely shooting at both sides of the riots and death of both protestors and security forces. He added: “There are evil hands behind shooting at protesters, the investigations are launched to identify the shooters.