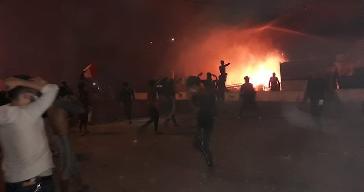 The death toll of Iraq in the last two days reached 13.

– Presence of tribes chiefs of Karbala in Iran’s consulate to apologize for the incidents of two nights ago in front of the consulate.

– Jail verdict for former head of Shia Endowment bureau and its engineering office for corruption.

– Bombing points near Zakhu, northwest of Iraq by Turkey.

– Incipient of sessions to examine the bill of 2020 budget by Iraqi government in presence of Adil Abdul-Mahdi.

– US Secretary of State: Iraq and Lebanon should part way from Iran’s interferences.