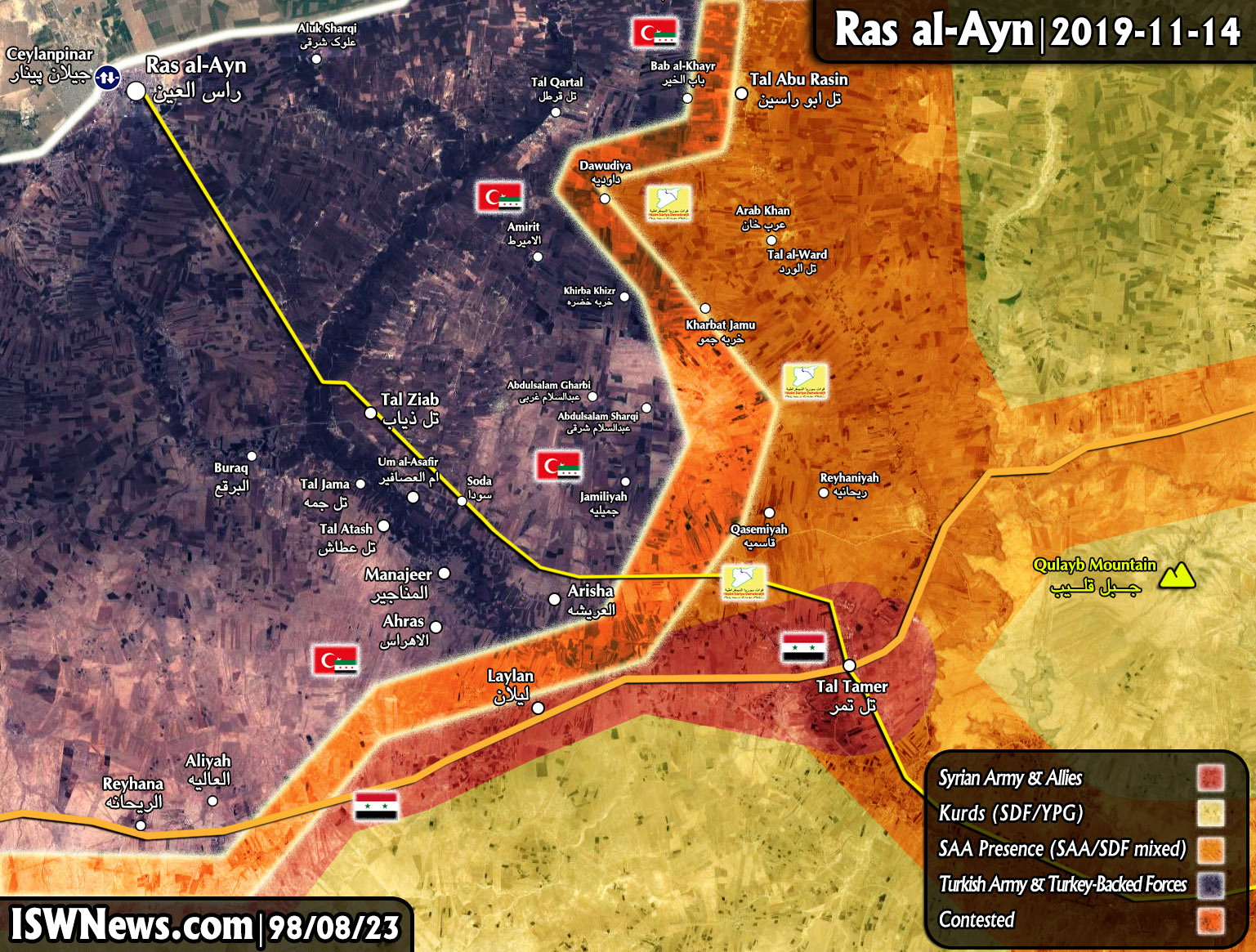 Heavy conflicts between SDF and Syrian army on one side and Turkey backed militia on the other side is continuing at north of Tal Tamar, Hasakah province.

In the recent week SDF and Turkish backed forces had severe engagement near Tal Tamar and several villages were claimed and reclaimed by either sides. According to the latest updates, al-Arishah village was occupied by Turkey’s militia.
Situation in Tal Tamer area is not good and many inhabitants left their homes due to the battles.

Turkey’s mercenaries said their goal is to occupy Tal Tamar from this operation, however the continuation of operation by Turkey’s militia is against the agreement between Russia and Turkey and in despite of Syria supporting SDF, in political point of view no effective move can be seen from Turkey, Russia or even US!