The end of ISIS in east of Homs and south of Deir Ez-Zur is close. 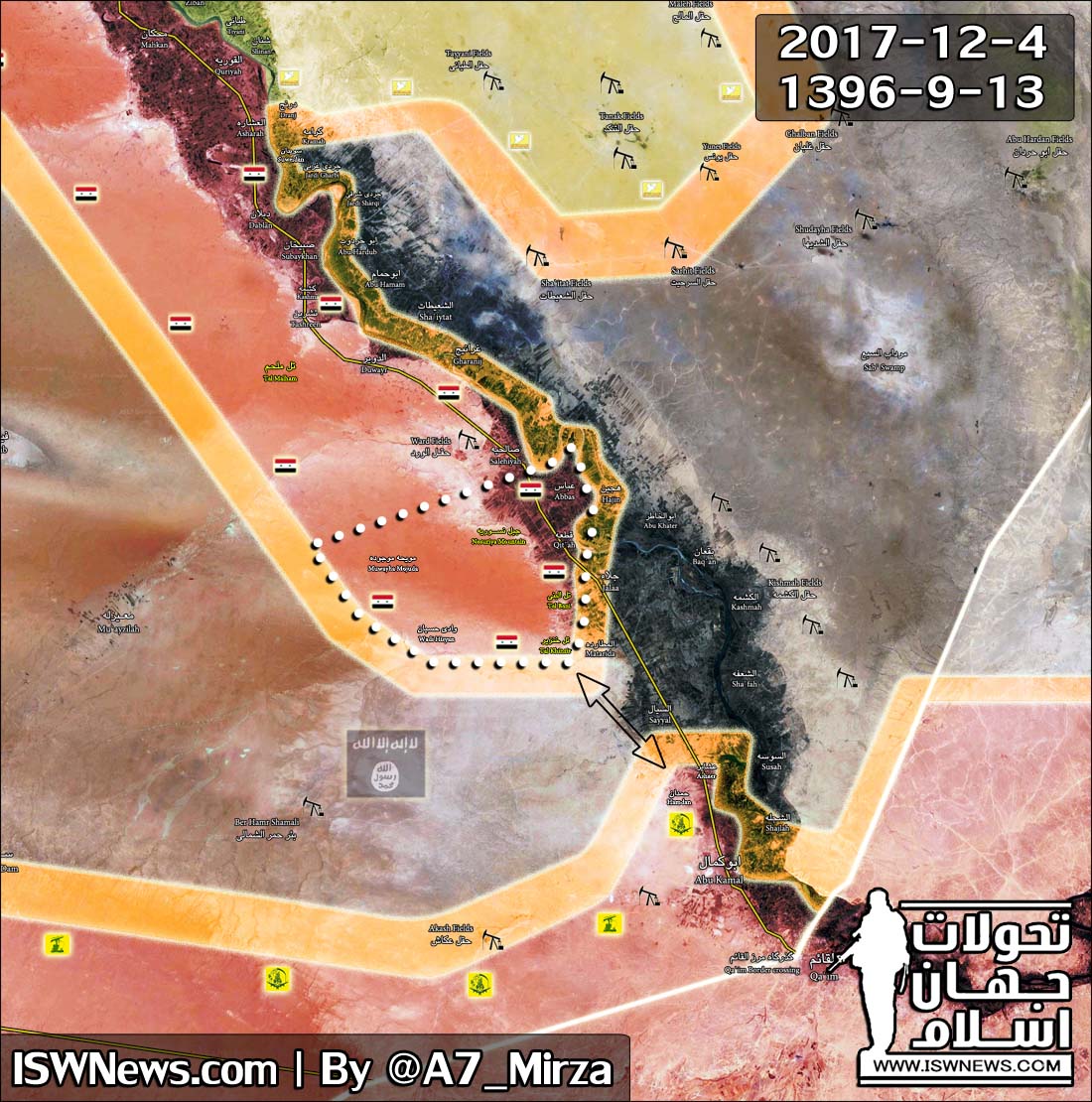 With recent advances the distance between Syrian army and Al Bukamal city is the least and soon by joining more forces, the ways out for ISIS in east of Homs and Deir Ez-Zur is shut and big lands will be freed from ISIS troops.