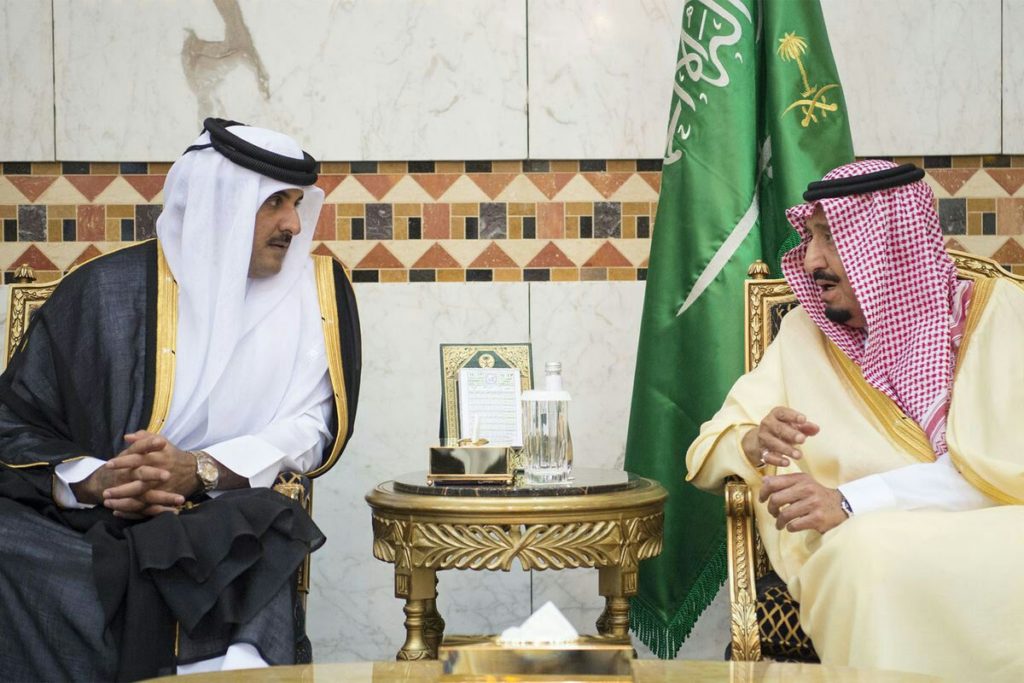 In this trip he met with Saudi crown Prince, reportedly.

Saudi Arabia and Qatar have discords about Muslim Brotherhood, Al Jazeera TV, regional and Islamic world policies. They also have serious and old discords regarding their borders since nineteenth century.
In September 1992 Saudi troops violated Qatar sovereignty and occupied some lands. On the other hand, Qatar suspended the 1965 border agreement with Saudi and refused to participate in meetings with Saudi. This discord cooled off with Egypt’s mediation later.