Martyrdom of a warrior who was nightmare of Israel. 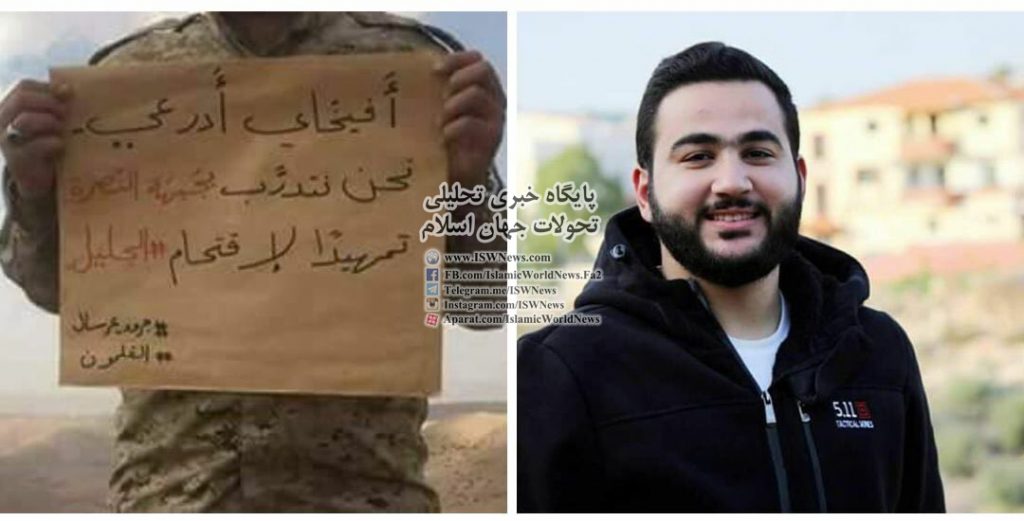 Mohamed Qasim Tarhini one of Lebanon Islamic Moqawama (Hezbollah) martyred in fight against terrorists in Syria. Last summer he sent a message, which frightened Israel severely.

In summer and during the fight between Hezbollah and terrorists of Al Nusrah Front in Jarrod Arsal, Lebanon, a picture showing a fighter from Hezbollah holding a cartoon was published.

He wrote in the cartoon addressing Israel Army spokesperson, “we are practicing here by fighting with Al Nusra Front to get ready to attack Al Jalil (north of Palestine).”

After this, Israeli media covering this picture, considered this as threat by Hezbollah to liberate Palestine and warned about military power of Hezbollah.

Mohamed Tarhini, the warrior who frightened Israel, martyred exactly at the same time that the fourth Intifada (Uprising) starts, so his pure blood helps us to destroy this usurper and child-killer regime.