Map: The unexpected advance of the Syrian Army in southern Idlib, Jarjanaz liberated! 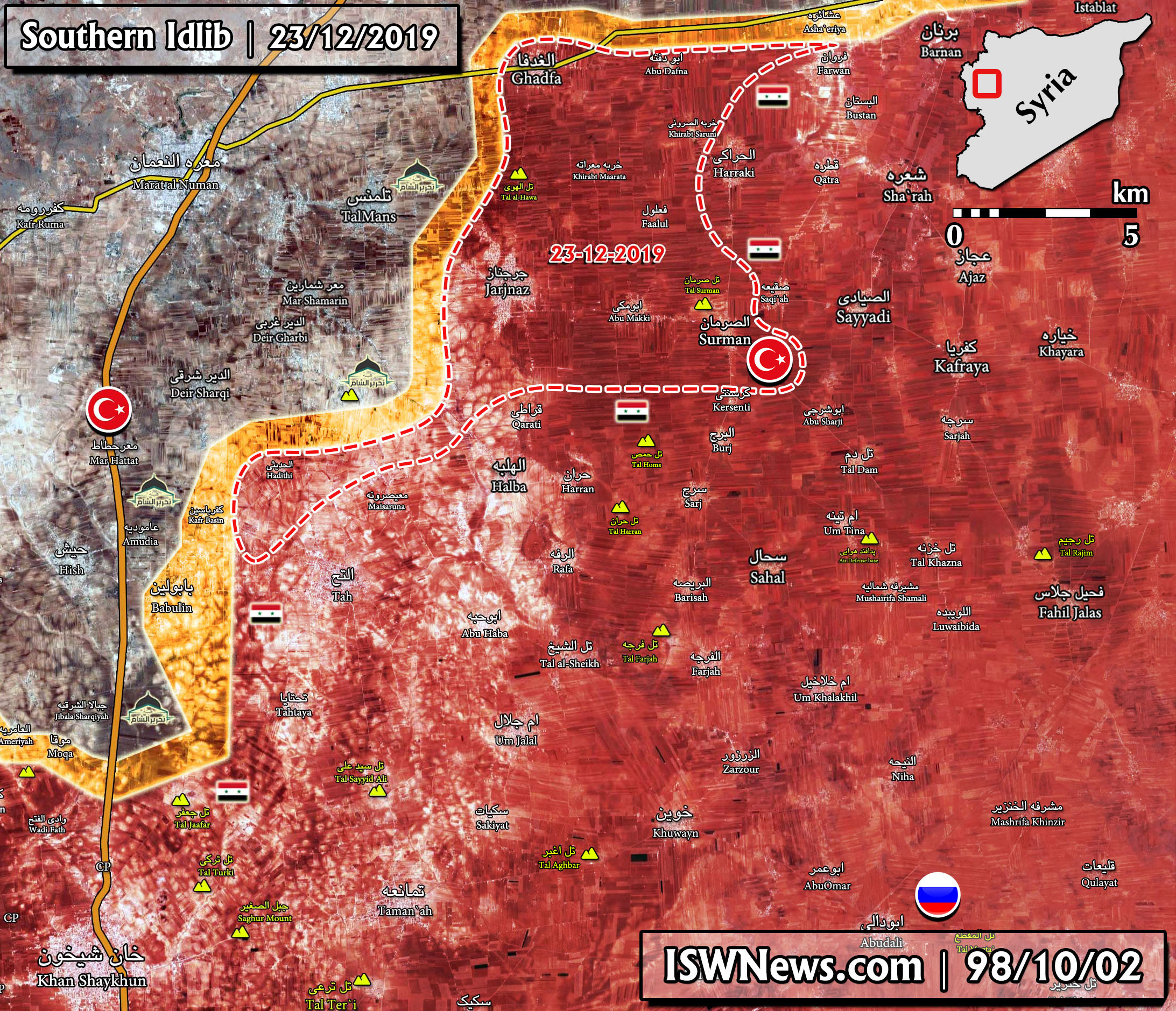 ISWNews Analysis Group: Following the Syrian Army advances in the southern Idlib province, the important towns of Jarjanaz, Al-Ghaddafah, Abu-Makki, Abu-Dafnah, and Al-Surman liberated from the occupation of Tahrir al-Sham and its allies.

It should be noted that with the liberation of Jarjanaz, the Syrian Army is only 7 kilometers away from the important and strategic city of Ma’arrat al-Nu’man.