Terrorist attack to a church in Quetta Pakistan 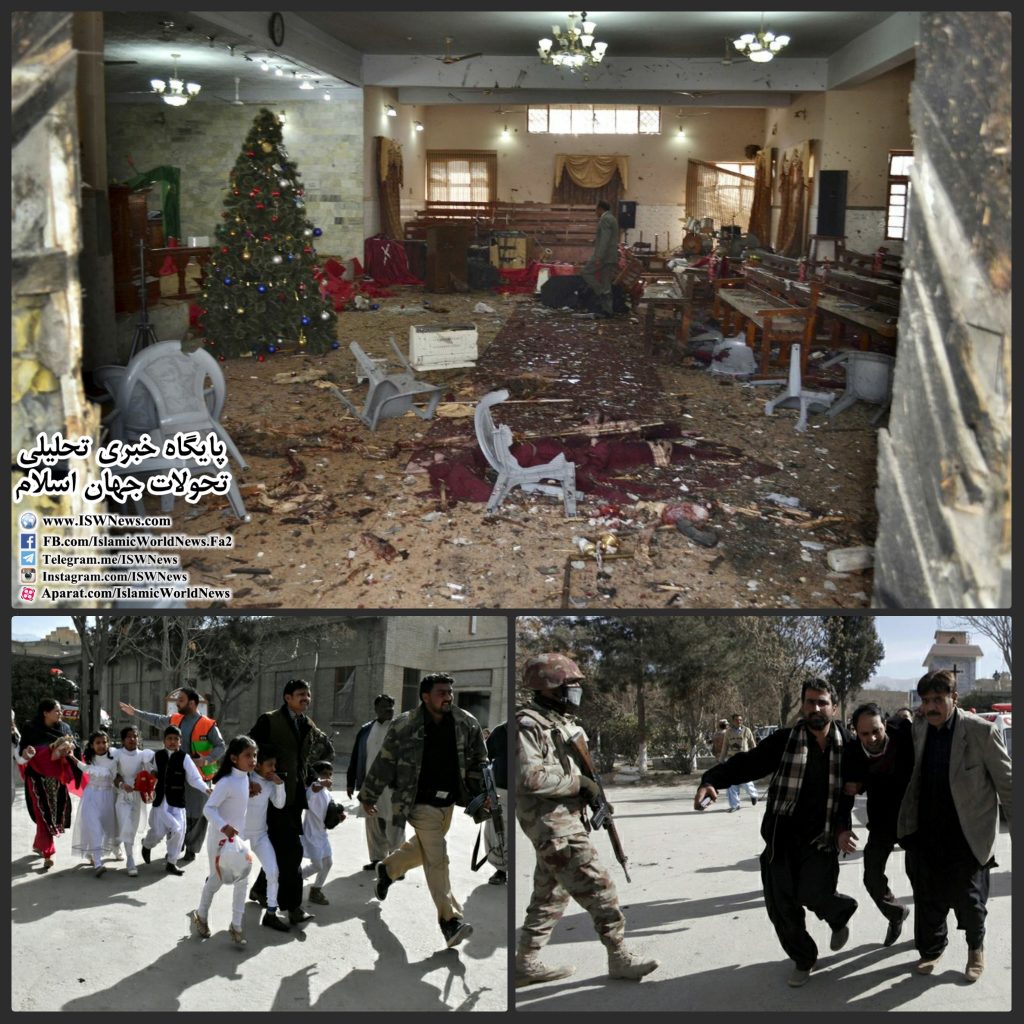 Islamic World News Analysis Group: nine died and 57 injured in a terrorist attack to a church in Quetta in southwest Pakistan.

According to officials of Balochistan, one attacker is killed before entering the church but the second suicide bomber explodes which results in casualties.

ISIS claims responsibility for the attack.

More than two million Christian live in minority in Pakistan.