Report of Ansar Allah battle with Saudi Coalition in 2019 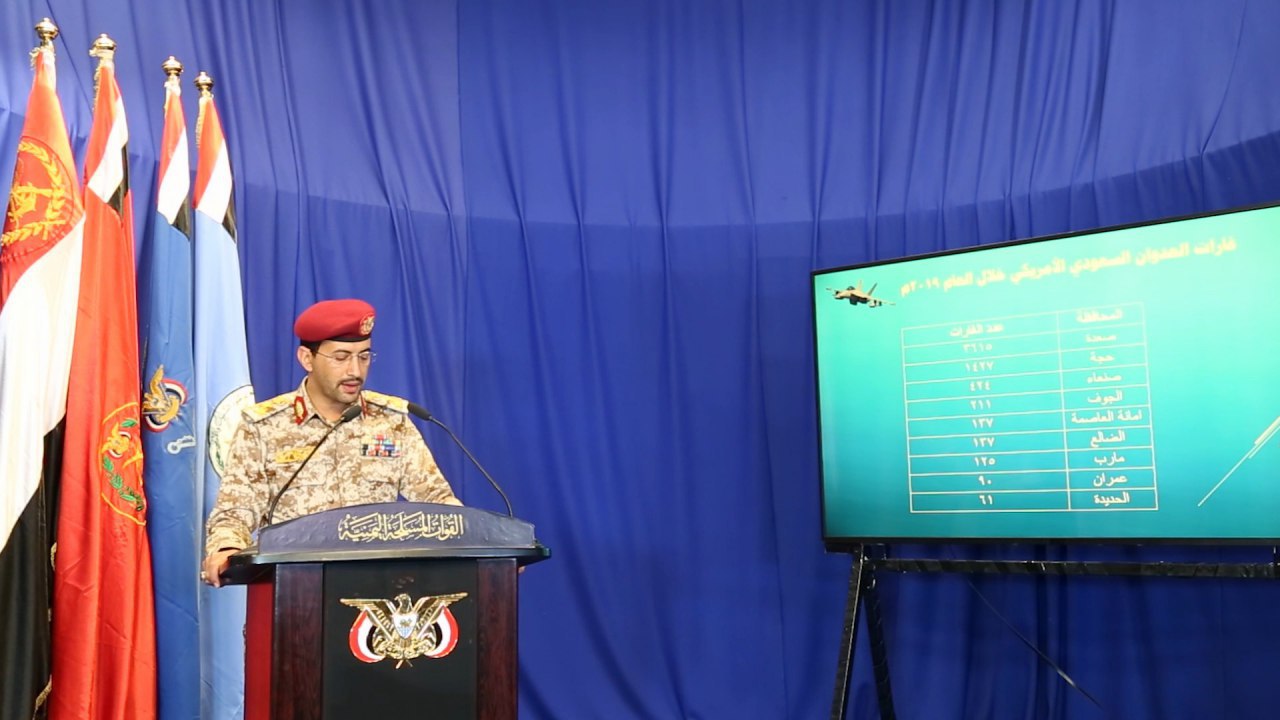 Gen. Yahya Sari’, in a press conference:
– The army and people’s immobilization could impose new conditions on Saudi coalition.
We target any hostile act against our nation, forces and country.
– Any military operation by enemy will be answered likewise and the scale of response to crimes of Saudi coalition against Yemeni civilians will be increased.
– Saudi coalition forces targeting Yemeni mercenaries is a war crime which should be answered properly.
We have special order from commandment not to target anyone fleeing from the battle specially Yemeni mercenaries.
– If commandment orders for an operation, Yemeni forces are ready to blow the enemy hard.
– We consider plundering Yemen’s wealth in the season and ground as a war crime and will answer it properly. Foreign sides who help the enemy in plundering should take the warning seriously.


– The coalition launched 6,534 airstrikes against Yemeni provinces; 3,615 airstrikes against Saadah, 1,427 against Hajjah, 424 against Sanaa and 211 against Jawf.
Other airstrikes, which count 857, were done in provinces Dhale. Marib, Amran, Hudaydah, Dhamar, Taiz, Baydha, Ibb, Lahij, Rimah, Aden, Abyan, Shabwah and Mahwit.
– Our forces repelled 1,226 operations of Saudi coalition including 163 offensive, 656 defensive, 407 infiltrating operations.
Also our forces performed 607 offensive, 1044 reclaiming and 35 infiltrating operations, among which the most prominent one was liberating north of Dhale province, “Nasr Min Allah” operation in Saadah.

– Drone units also performed tens of offensive and surveillance operations targeting enemy inside and outside of Yemen.
The attacking capabilities of the drones have increased up to 400%.
2,462 drone operations were launched, from which five were joint with missile unit and in 196 operations bases, infrastructures and airports of enemies were hit.
92 outstanding operations were launched using drones, including the targeting of the Al-Sheiba oil well, Operation Nine Ramadan and Operation Deterrence 2.

– Air defense could shoot down 69 aircrafts of Saudi coalition, from which 53 were spy drones, nine surveillance and seven warplanes.

– Engineering unit performed 2,752 operations including 1,803 operation against gathering and strongholds, 769 against equipment and armored vehicles and tanks of the coalition.

– 2020 is the year of air defense and Inshallah(God willing) is the year of victory. In this year we have plans of expanding military capabilities and industry and strategic reservoirs, on top of them the strategic defensive weapons.
– Saudi coalition won’t have any security and stability if they continue the war and besieging Yemen. Our defense will continue until complete independence and security of Yemen are achieved.