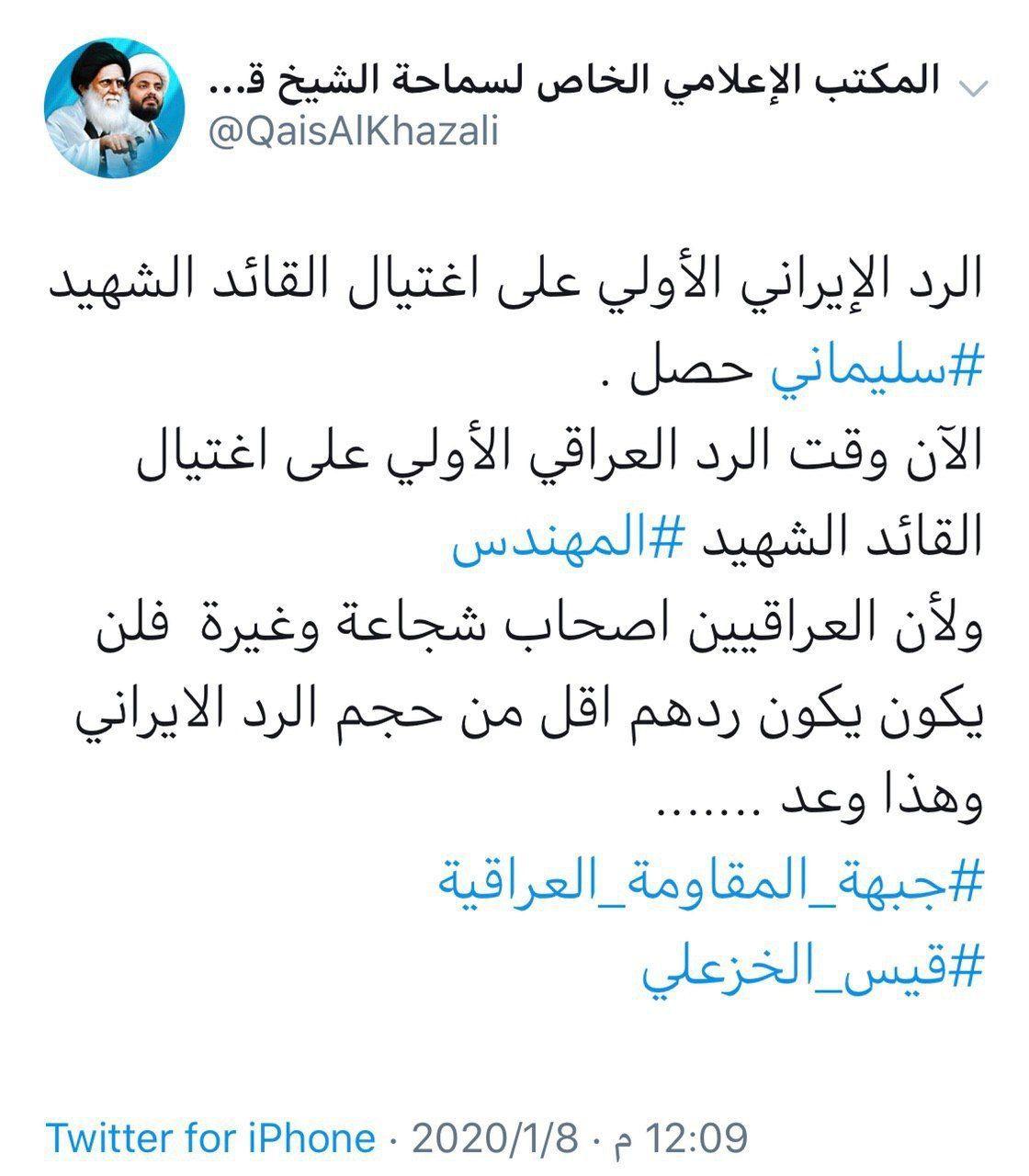 Media bureau of Qais Khazali said in a tweet:
“Iran’s first response to assassination of General Soleimani took place.
Now it is time for Iraq to retaliate for assassinated of martyred commander Abu Mahdi al-Muhandis. Since Iraqis are graceful and brave and their answer shouldn’t be less than Iranians. It is a promise.