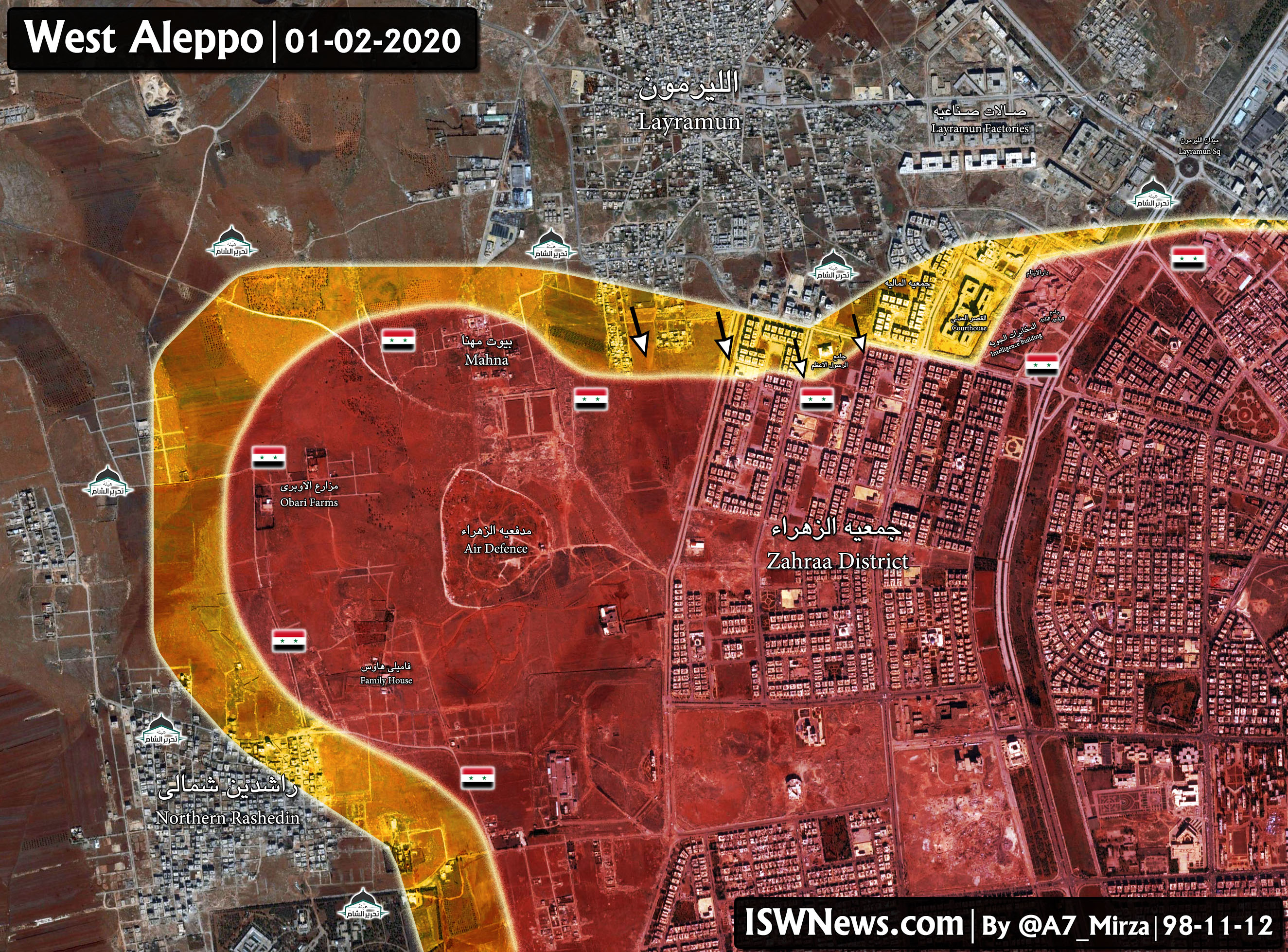 Today evening Tahrir al-Sham terrorists and other radical groups, and specially Turkistani forces started heavy attacks against the positions of Syrian Army in the west of Aleppo in Jamiat al-Zahraa.

In this attack, terrorists used four suicide cars in a short time, which is been unprecedented in its kind for attack on Aleppo city. One of the highlight of this attack, was the presence and direct supervising of Abu Mohammad al-Julani the leader of Hayat Tahrir al-Sham (HTS) in these fights, and this issue was been covered specially by media of militants.

But in the field, according to the available evidences, all of 4 suicide cars were eliminated by exact firing of Syrian Army before reaching the target. Also all of the attacks to Jamiat al-Zahraa were repelled. Of course in the recent years, a few areas of Jamiat al-Zahraa was under militants and after liberation of Aleppo city, these areas had been abandoned as contact line between the Syrian Army and militants.
In fact, these points are the closest and most ideal locations for terrorists for hitting the Army and entering to Aleppo city, and heavy clashes in this area during the past week represents this issue.

Attacks by Tahrir al-Sham and its allies on Jamiat al-Zahraa from the camera of the militants; this video shows the suicide car blasts from a far distance: