What Are The Options For “Al-Julani” After The Syrian-Turkish Rapprochement? 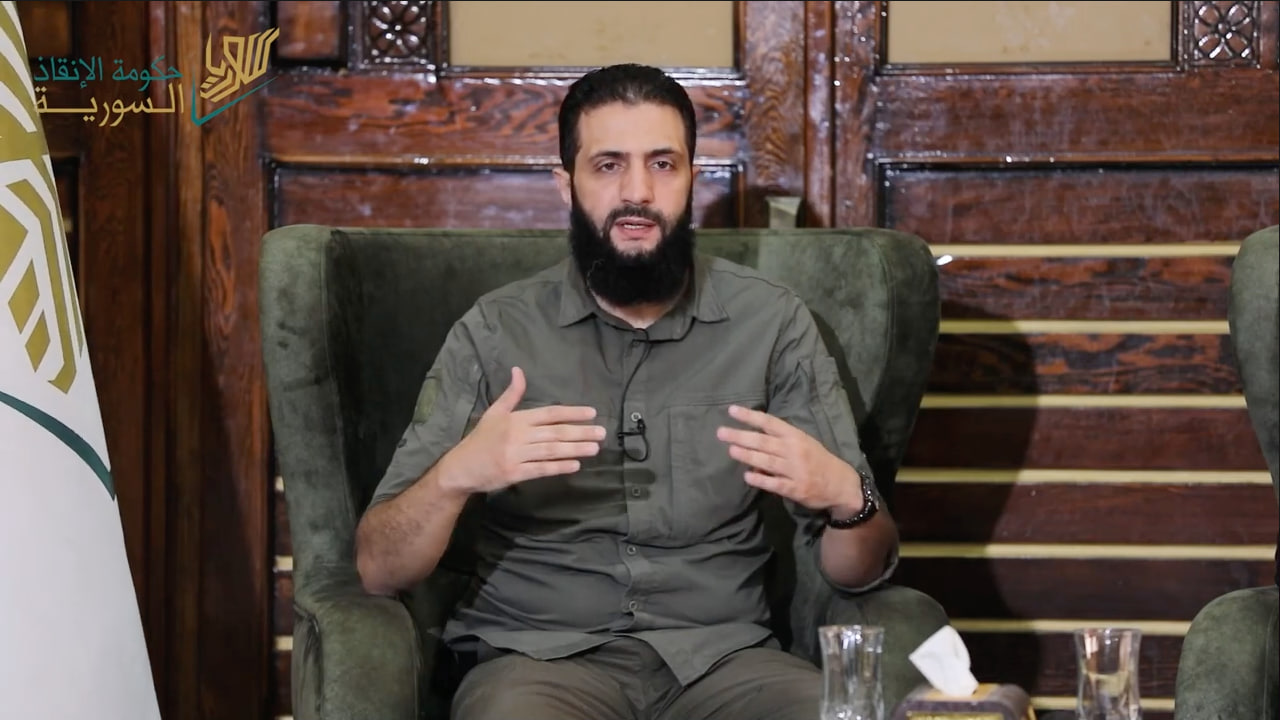 The path of Syrian-Turkish rapprochement is still at the forefront of the media scene amidst a conflicting wave of news and doubts about the true intentions of Ankara with this normalization, especially after news came out of renewing its support for the “Syrian opposition.”

Analysts considered that “Al-Julani,” who had previously announced that he absolutely rejects the Syrian-Turkish rapprochement, called on the “Syrian National Army” (SNA) factions to cooperate with the “Tahrir al-Sham,” in an attempt to create a new military reality aimed at impeding this rapprochement.

Al-Julani’s options are limited, one of which is to accept the reality and try to gain a new position in the new political and military arena that is being formed in Syria. Another option for the leader of Tahrir al-Sham is to retreat from Idlib to the northern outskirts of Aleppo, where it has increased its presence in recent months as some reports suggest that al-Julani is preparing for a new military battle. This will include retreating from areas in the outskirts of Idlib and in the lines of contact with areas controlled by the Syrian Army, in exchange for further advances in Aleppo province.

In the context, sources indicated to the Lebanese newspaper, Al-Akhbar, that there are several discussions taking place in the opposition circles about the possibility of the involvement of “Al-Julani” and his group in the battles with the “SDF”, noting that this matter requires the formation of a unified operations room that brings together all the factions, initially. It is an outlet that al-Julani considers acceptable, as it guarantees the continuation of his presence and his group, especially since the last three years, he has taken extensive measures to to dust off al-Qaeda by removing the manifestations of extremism from the areas under his control.

The expansion of “Tahrir al-Sham” in the countryside of Aleppo, whether it coincided with a withdrawal from all of Idlib or from some areas there, opens the door to several scenarios awaiting the north-east of Syria, in light of the expansion of the United States’ activities, which constituted the repositioning in Raqqa, and feeding the “SDF” with specific weapons such as anti-tank weapons and anti-aircraft training.

Considering the existence of actual channels of communication between him and Washington, which clearly emerged during the assassination of two ISIS leaders, including the most prominent former leader of the organization, “Abu Bakr Al-Baghdadi, these scenarios increase the possibility of Al-Julani’s transfer to American bases.

In addition to this, the Idlib case is one of the cases that cannot be ignored or postponed due to its priority for Damascus, Moscow and even Ankara, which are looking for economic investment by activating their disrupted export routes. All this requires the securing of the main roads, including the M4 highway, part of which is in the lines of contact with the Syrian Democratic Forces (SDF), another part of which stretches from Aleppo to Latakia, under the control of the Syrian government, and a small part is surrounded by Turkish military posts and headquarters of Tahrir al-Sham.

During the past week, these areas have witnessed the serious moves by the Turkish army to pave the way for the reopening of a part of this highway, through continuous combing operations, as well as consultation to transfer the three military headquarters of Tahrir al-Sham to another area, but these measures alone will not be sufficient.

Despite the previous promises made by the leader of Tahrir al-Sham to adhere to the Astana negotiations and prevent any attack on the M4 highway, Ankara fears that the “jihadist” factions or undisciplined elements will carry out retaliatory attacks on the M4 highway in response to some actions.
The sources revealed that Turkish army and intelligence officers held three meetings with the Tahrir al-Sham delegation in the past few days and Al-Julani reportedly has emphasized his commitment secure the road and not to harm the Turkish points and not to attack the M4 highway. Following the meeting, the Turkish delegation received a set of questions by al-Julani, including the possibility of bringing him and his group into the path of a political solution, to which the leader of Tahrir al-Sham did not receive any response from Turkey.

ISWNews
ISWNews Analysis Group is a completely independent organization maintained by a team of experts and volunteers which focuses on armed conflicts and crises. Our mission is to tell the untold, which is usually censored by the main stream media. Step in battles of the region with us!
Share it:
Abu Mohammad al-Julani al-Julani HTS Idlib Syria Tahrir al-Sham