Erdogan: “We will conduct a military operation east of the Euphrates” 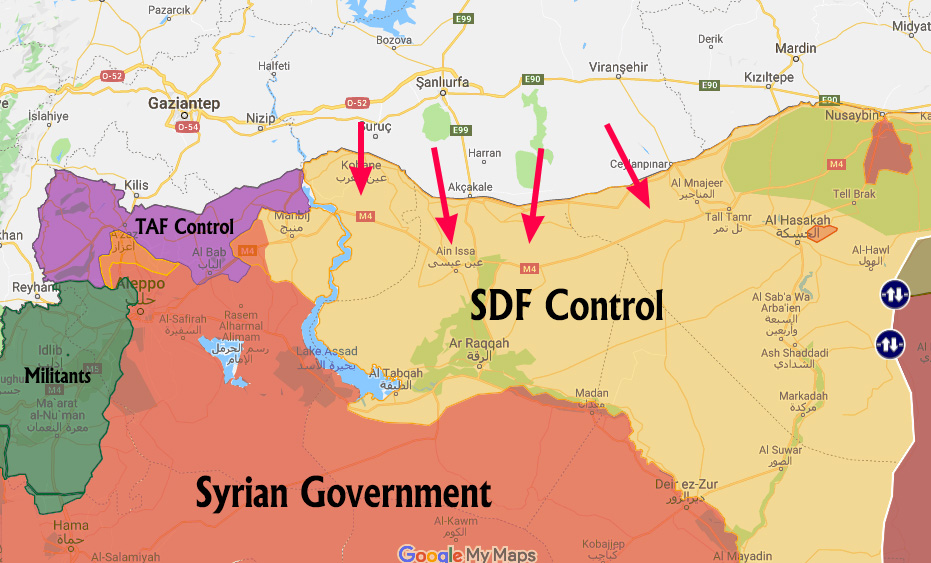 Recep Tayyip Erdogan, Turkish President, recently stated about north of Syria that Turkey has made the decision to attack east of Euphrates and USA and Russia have been informed.

In previous operations of Turkey in north of Syria “Euphrates Shield” and “Olive Branch”, most of the militia under command of Turkey were moved to North of Syria from Idlib and had large role in Turkey’s operation against YPG and SDF. It caused severe complaints by other militia groups in Idlib and al Nusrah Front against Turkey’s militia and Turkey itself.
In those operations due to evacuation of Turkey’s militia from Idlib, other militia became weak.
In the case of a new operation by Turkey in east of Euphrates, al Nusrah Front (Tahrir al Sham) and allies fear that in the wake of Turkish troops in Idlib, Syrian Army uses the opportunity and claims more of south of Idlib area.

It is noteworthy that al Nusrah Front leader, Abu Mohammad al-Julani in a recent interview claimed that this group and allies will not bring out the heavy equipment and forces from DMZ.
This is the violation of Syria’s condition to hold ceasefire in Idlib, since Syria and Russia have announced that if militia do not retreat from DMZ, Syria’s operation to reclaim the area from militia will resume.
Thus, operation in Idlib seems inevitable and if Turkey starts its operation, al Nusrah Front will face serious troubles…