Map: Liberation of more than 110km2 in Idlib; Turkish observation post in Tal Toqan is the next target! 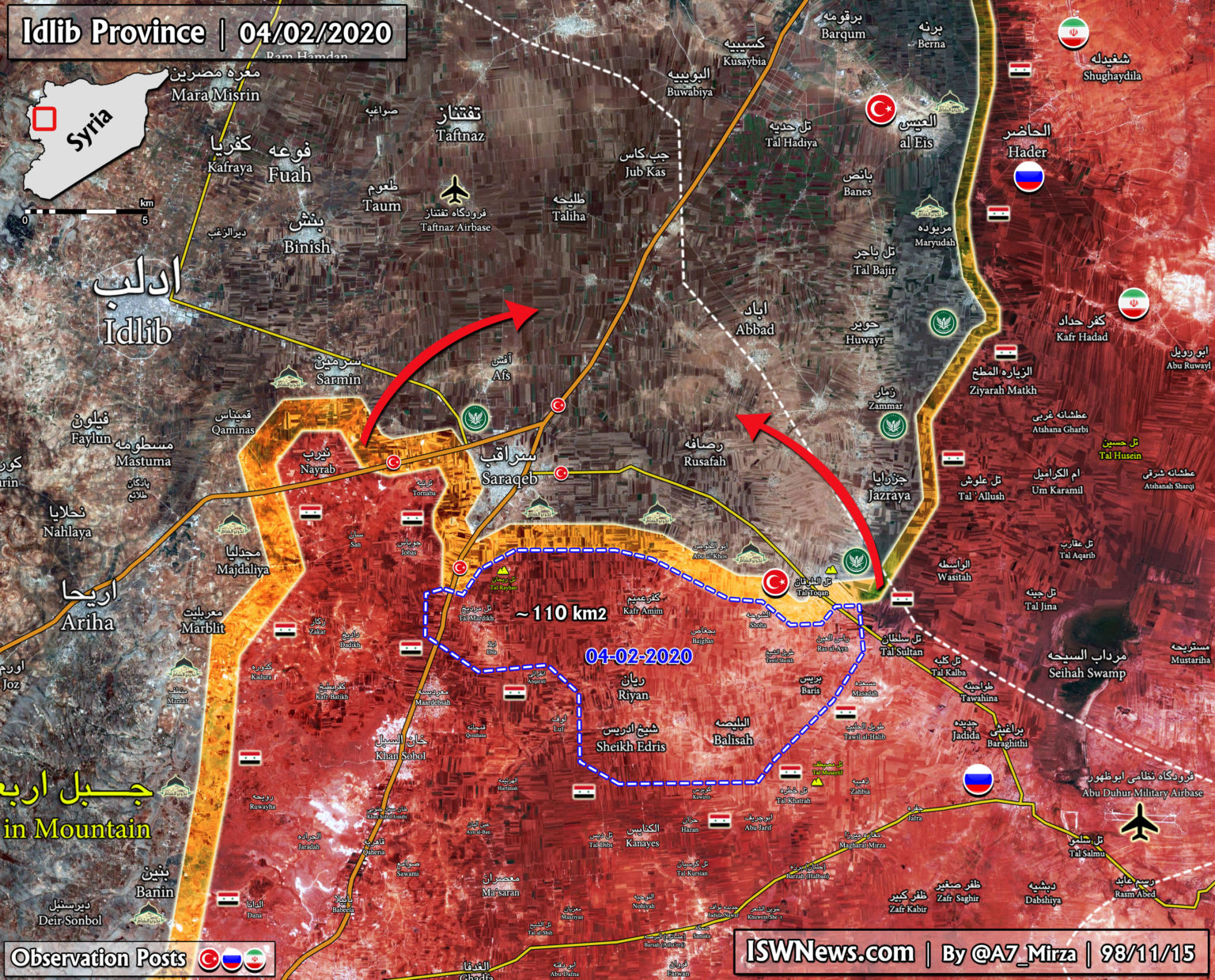 Following the Syrian Army operation against Tahrir al-Sham terrorists, more than 12 new villages in the area of more than 110 square kilometers in east of Idlib were liberated from the occupation of terrorists.

The Syrian Army is currently at the entrance to Tal al-Toqan; the Syrian Army has warned the militants to lay down their arms and surrender, otherwise they will face a harsh response from the army.

During the last two days, the Syrian Army blocked the M4 highway west of Saraqeb by liberating al-Nayrab. It looks like the SAA will soon cross the eastern road of Saraqeb and eventually the Saraqab will be surrounded and liberated like Maarat al-Numan.