Latest Updates on battles of Marib and Jawf, Yemen 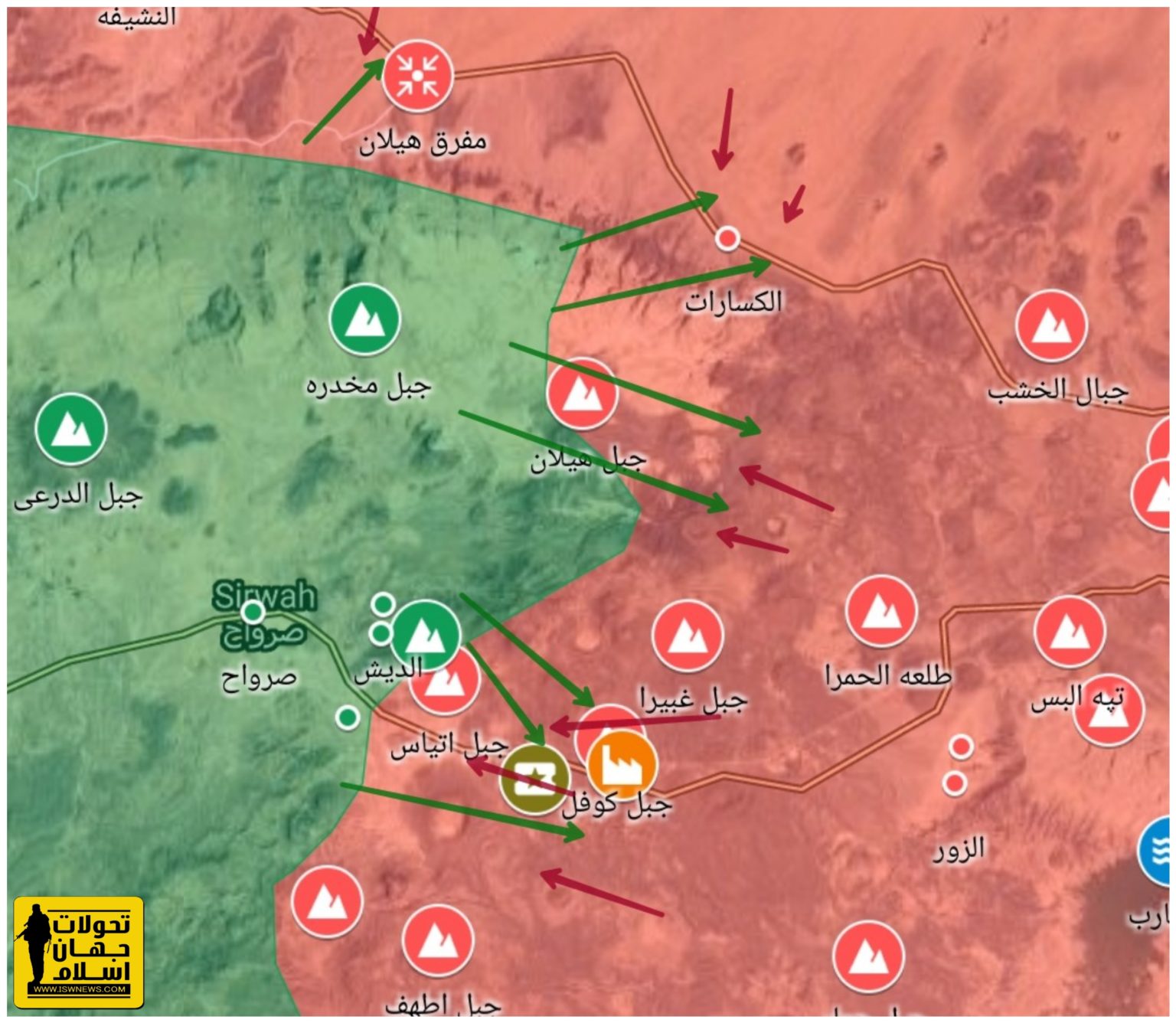 ISWNews Analysis Group: Following the Ansar Allah operation in the eastern front of Sarwah, some regions and heights have been captured by Ansar Allah.

According to the ISWNews field sources, Ansar Allah was successful in recapturing the mount of Hilan and Atyas in the eastern front of Sarwah from Saudi coalition, and the clashes are continuing in these regions.
Hilan crossroad, Al Kasarat, Al Mashjah and Kofal base are under firing of Ansar Allah.

Also, the pro-Saudi media revealed that Ansar Allah targeted Khamis Mushait airport with missile but the attack was intercepted by the Saudi air defense systems.

Clashes between Saudi-led forces and Ansar Allah are continuing in the Ghayl district and south of al-Hazm in Jawf province and the lines are as before.