Opinion: The Effect of Recent Developments on Yemen War 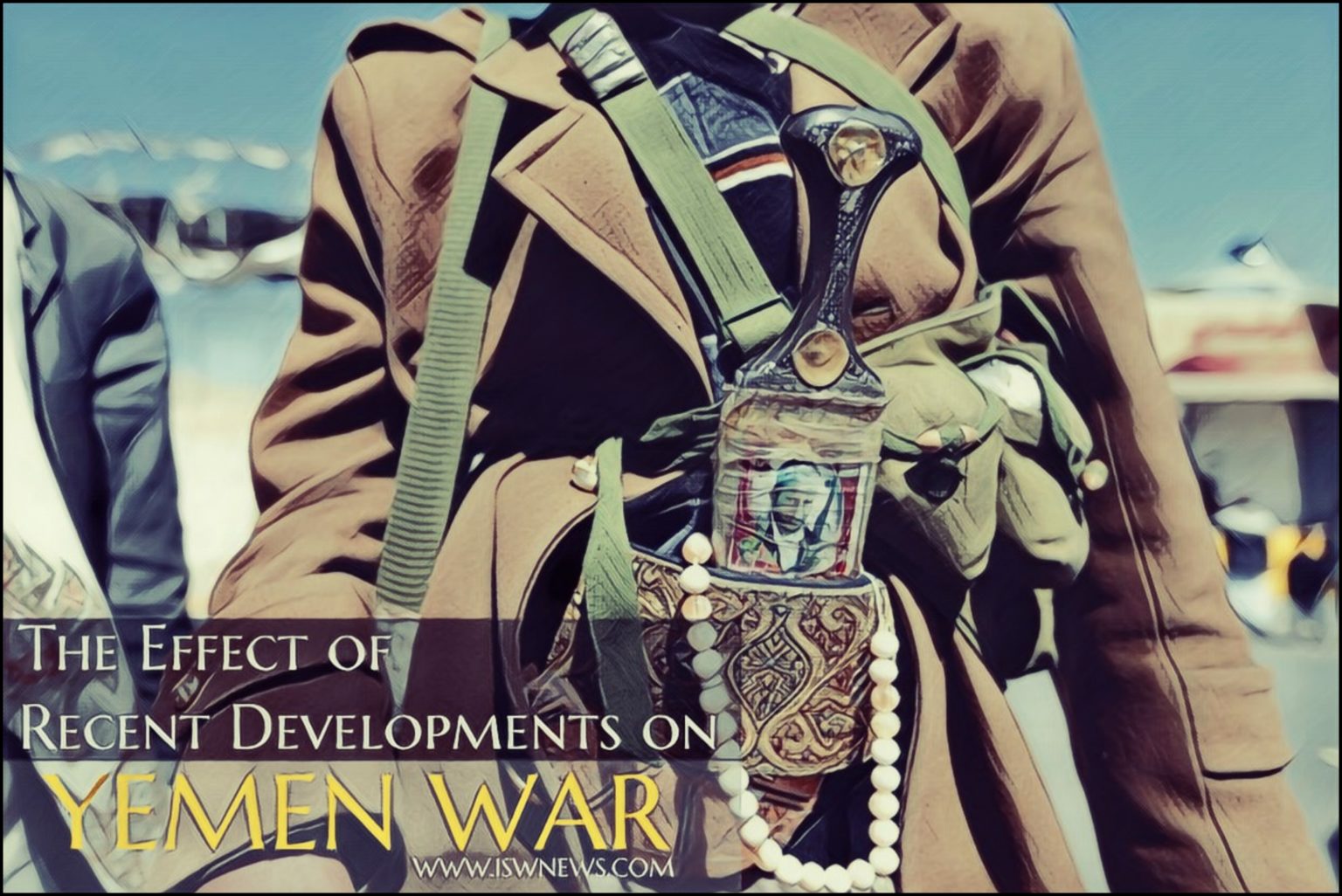 Slowing down the operation Bonyan Al Marsous, Ansar Allah’s positive pulses to Mansour Hadi’s former administration, UAE exiting from Yemen and failure of Riyadh agreement are important recent developments in Yemen, that it’s necessary to investigate its aspects for understanding Yemen possible events in the future.

1. Slowing down the operation Bonyan Al Marsous:
In the recent days, Mohammad Al Bokhaiti member of the Ansar Allah High Political Council, announced the cause of stopping this operation an Arabic country’s mediation (Oman or Qatar). Also in the rest of his speeches, he invited Islah party to cooperation and has emphasized on common points between Ansar Allah and them, that this issue is unprecedented and significant.

The most important in common aspect of Ansar Allah and the Islah party, is the opposition of two sides with the Yemen breakdown project that was followed by UAE. After power war and recent tension between southerners and Mansour Hadi’s former administration, Ansar Allah set cease fire in more of clashes fronts with Hadi’s forces and decreased the attacks, for helping to former administration against the southerners; but they betrayed to Ansar Allah with two operations of Kitaf and Nihm. The response to this betray was the two operations of Nasr Min Allah and Bonyan Al Marsous.

Despite these events, as announced by Mohammed Al Bokhaiti, Ansar Allah with mediation of an Arabic country has given up of continuing the operation, in exchange of getting some points.

Ansar Allah got three points from the Bonyan Al Marsous operation:
1. Removing danger of coalition’s ground attacks from the capital
2. Attracting that Arabic country’s trust and financial and oil privileges
3. Proving the military dominance in Yemen

Ansar Allah, because of Ikhwan al-Muslimin (Muslim Brotherhood) role in Palestine, is seeking interaction with the Muslim Brotherhood group in Yemen that’s mean Islah party; therefore absorbing some leaders of Islah party that want peace with Ansar Allah, is in agenda; major obstacle in this path are some leaders such Mansour Hadi, that lives in Riyadh or perhaps is a hostage!

2. Exiting UAE from Yemen
This is for several times that news of the UAE exit from Yemen has been published, and should consider two points in this regard:
a) At the moment UAE has not exited completely from Yemen, and the Emirates militaries have controlling on some oil and gas establishments in Shabwah, airport, ports of Hazarmout province, Mocha base and some islands of Yemen.
b) The UAE even if withdraws its militaries from Yemen, has 200000 proxy forces (including the fans of Southern Transitional Council, and National Resistance) under its command.

Apparently, the UAE talks about establishment of peace in Yemen; but as England’s agent in region is responsible of Yemen breakup; and with nurturing the southern militants and supporting survivors of Ali Abdullah Salih, has been turned to third faction in Yemen.
Therefore, the news of the UAE withdrawal from Yemen aren’t confirmable and they still are present in Yemen as third faction.

3. The failure of Riyadh agreement:
The failure of forced agreement between Southerners and Mansour Hadi’s former administration has numerous causes including: concession seeking by Southerners, attack of Mansour Hadi’s militants to southern regions, the former administration restrictions in Adan and etc.
Due to the UAE officials remarks in the statement of UAE exit from Yemen and emphasis on fighting the Muslim Brotherhood (Islah party) and also the Islah party’s opposition with power of Southerners in Aden, it seems that tension between these two factions will still continue.

Overall, the Yemen war in the eve of its fifth year has been turned to confrontation scene of three factions:
1. Ansar Allah
2. Mansour Hadi’s former administration, with supporting of Islah party and Saudi Arabia
3. Southern Transitional Council, backed by UAE


With the apparent exit of UAE and the Saudis action for negotiation with Ansar Allah, also Saudi officials remarks including Adel al-Jubeir and recent tweets by Mohammad Al Bukhaiti, it can be estimated that the main strategy of Saudi coalition has been changed from removing Ansar Allah to the forming of unity administration in Yemen; that due to the experience of Lebanon and Afghanistan and Iraq this solution will be the start of political conflicts and chaos; that we have seen it in Afghanistan and Iraq and Lebanon , in the past and today.
Therefore Ansar Allah in this step should maintain the essence of revolution and the maximum vote of its people in negotiations and battlefield and not accept dividing the power with any dependent group, including the Muslim Brotherhood and the Southerners.