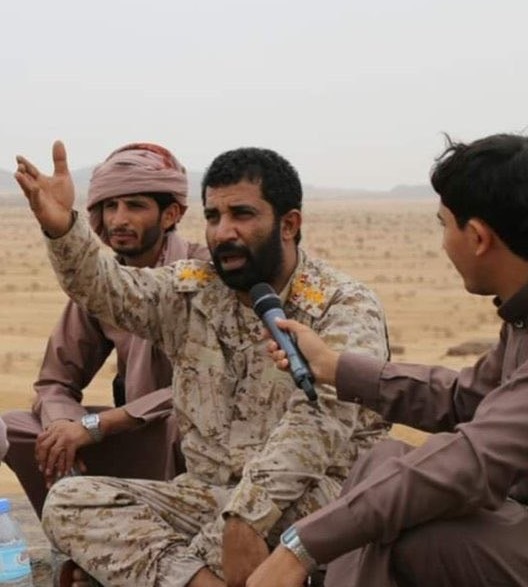 ISWNews Analysis Group: Following the clashes in the al-Hazm area (the capital of al-Jawf province), Ansar Allah has succeeded in advancing on al-Ghayl front.

According to our sources, after several days of fighting in the al-Ghyil front, this district has been completely liberated from the the Saudi-led coalition forces. (Progress will be showed by map after final approval.)
Also during the clashes, one of the main commanders of the Saudi-led coalition forces in al-Jawf, “Sadiq Amin al-Kimi” (image) was killed by Ansar Allah.
He is the son of Sheikh Amin Ali al-Akimi, the governor of al-Jawf province. (appointed by the resigned government of Mansour Hadi).

Ansarullah negotiated with Sheikh al-Akimi to leave the Saudi coalition front and unite with Ansar Allah before the clashes, but he rejected Ansar Allah’s offer.