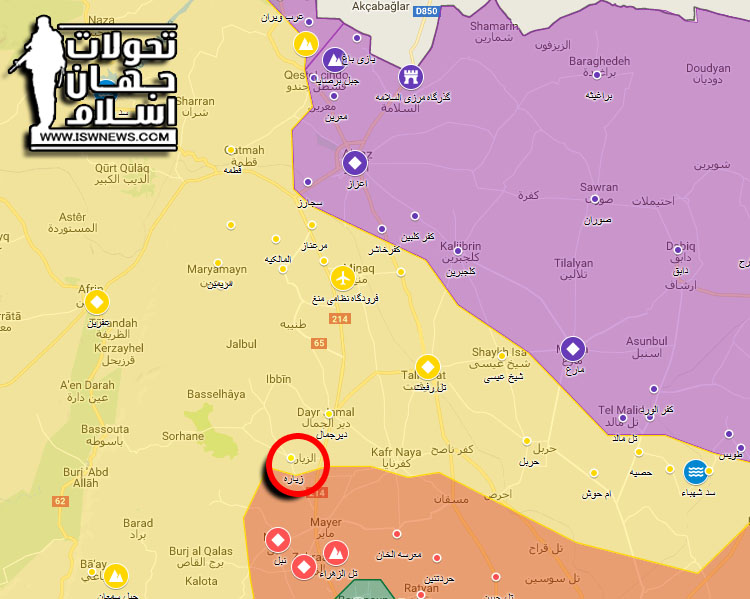 Islamic World News Group Analysis due to artillery attack of Turkey to Syrian governmental convoys carrying medicine and food for Afrin people, some trucks burn and some wounded.

In the last days by arriving new people troops to Ziyarah passage in north or Nubl and Zahraa, Turkish artillery fired on the passage and routes to Afrin and still continues.

Nubl and Zahraa and Ziyarah passage are attacked by Turkish rockets and some of the trucks carrying foods and medicine are in fire. In answer to these attacks, Syrian Army attack the origin of the attacks in A’zaz. Injured are in Zahraa hospital.

In another news, people’s forces related to government enter “Tall Rifat” in north of Aleppo. Their presence is to stop possible advance of Turkey and its allies from this axis toward Afrin.