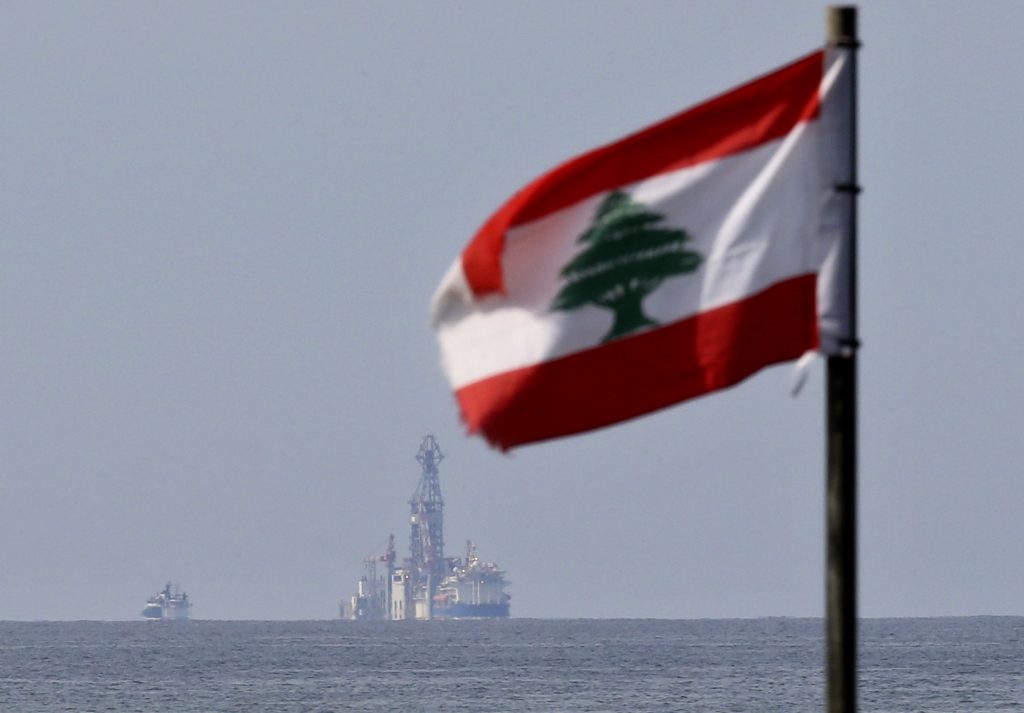 It seems that not only Lebanon but also the whole region have entered in the oil and gas battle, publicly. Especially with coming of Trump’s greedy and money based government. The Lebanon issue and also the conflicts over its water and land borders and economic zones have been mentioned in this regard. Also, the Golan heights issue in Syria, is no longer a national security matter or regarding to water sources, but it’s a part of oil battle.

Perhaps the liberation battles of the south was not important for some Lebanese. But today the battle of sea oil wells in south of Lebanon, is the battle of all of people.

These remarks of Sayed Hassan Nasrallah the Lebanese Hezbollah secretary general in two years ago that had been said in anniversary of Lebanon Islamic resistance leaders martyrdom in the southern Dahia in Beirut, can be named as major point of oil tensions in the most western part of Asia meaning, Lebanon and occupied Palestine. Like past times, this is oil that is the cause of tension and perhaps happening a vast war in the future , but this time is so different with past times; This time, like the Persian Gulf, Iraq and Afghanistan war, the conclusion has not been determined before, and this time it is aggressor state that fears of war and applying all of its effort to not fight with defensive state (Lebanon). But what is the truth and the oil tensions between Lebanon and Zionist Regime how began?

Israel’s hollow drum
Years ago, simultaneous with some rumors about Lebanon’s serious decision in running the contract of gas fields 4 and 9 tender in the Mediterranean coast, former Zionist Minister of War Avigdor Lieberman claiming the possession of this regime on gas field No 9, described running of this tender irritant, and bewared foreign oil companies from any contract with Lebanon.

Lieberman’s speeches at that time was faced with strong reaction of Lebanese officials, Michael Aoun president of Lebanon simultaneous with emphasizing on diplomatic efforts for restoring Lebanon’s natural rights in international communities, emphasized on this country’s full-fledged defense of its interests by any means. Also Lebanese prime minister Saad Hariri, that has warm relations with the Americans, rejected Liberman’s speeches and emphasized on Lebanon’s legitimate right in extracting the oil and gas. Lebanese speaker of parliament Nabih Berri also said as we defended our land, we will defend our territorial waters. Expectation for united and firm stance among Lebanese officials was an impossible dream, but the Zionists encroachment realized this impossible dream in this regard, and even the trip of former secretary of state Rex Tillerson and his suggestion based on dividing the 40-60 blocks into 8 and 9 with Israelis could not change the Lebanese stance, and Tillerson officially heard negative response from Lebanese officials.
This stance of Lebanese officials, beside the official reaction of Lebanese Hezballah secretary general based on destructing Israeli oil facilities within hours, sent this message to the leaders of Tel Aviv that period of bullying and escaping in Lebanon is long over and today the resistance response is more fragile than ever before.

Lebanese oil, the key for solving big problems
When we talk about Lebanon, perhaps beautiful things come to our mind, from its fascinating nature to its chic and European quarters. But the Western Asia bride has many social and economic problems under her luxurious skin, because oil has been and is an impossible dream for a country like Lebanon that much of its economy is owed to the help of Western and Arabic countries and also the presence of influential international businessmen. Based on estimates, there are about 850 million barrels of oil and 96 trillion cubic feet of gas in Lebanese soil, that a tenth of this amount of oil outcome can make Lebanon economically independent and if we say it simply, Lebanon’s share of Mediterranean oil wealth will be about 300 billion in the future that according to some unconfirmed reports these statistics can increase to 960 billion in the coming years, that means Lebanon can in stand on their feet economically in the future, without help of Western and Arabic countries, but…

All of these stunning and promising statistics are facing with a but, and that’s all of these wealth can be useful for Lebanon, but provided that internally there is a coherence between all Lebanese political and social groups, the issue that looks so hard.

Lebanon beside the beauties that we mentioned, have had very little good days; the presence of various religious and political tribes and dependence of most of these tribes to Western and Arabic countries have conveyed the political disputes to the highest level and have turned the Lebanese domestic scene into the clashes scene. Disputes that have been with war and bloodshed at a time and unfortunately still are continuing today in the shape of cold war. From about a year ago and since Michael Aoun’s presidency, the actions have been done for unity of internal political and social groups; Michel Aoun after and before presidency, has always emphasized on widespread political and social reforms and the reinforcement of independence from Western countries, and if we want say fairly, the reforms in Lebanese internal political structure have been started, although gradually; and we can describe Michel Aoun’s decision in running gas and oil tenders and its extracting as a bravely action.


Iran’s presence in Lebanon’s oil and gas part, opportunities and threats
We can’t mention the Lebanon and forget the name of the Islamic Republic of Iran; the name of Lebanon has always been and will be beside the helps of Islamic Republic to Islamic resistance against Zionists occupation. But in the Lebanese political part, is not so. Most of Lebanese politicians prevent Iran from presence in Lebanon’s economic markets because of their tendency to the West and Arabic countries especially Saudi Arabia; while these countries specially Saudi Arabia have not done any action for improving Lebanon’s economic situation. For example, Lebanon has problem in producing electricity for many years, and the Islamic Republic of Iran has always announced that is ready to solve Lebanon’s electricity problem in lowest possible time by fair suggestions in a official contract between two states; but these suggestions have not been accepted between Lebanese politicians. While Western and Arabic countries have not done and will not do any action.

The last word
Beside the aroma of jihad and martyrdom and the unique beauties of Lebanon and also intimacy of people of the south and Beqaa, Lebanon is a country with thousands of economic, social and political problems; and oil extraction can be a of help Lebanese in building an independent country without help of Western and Arabic countries.
The widespread administrative corruption and also political divisions and Zionists bullying, all of these challenge the future of oil in Lebanon; although the war of oil tankers in Lebanon isn’t unlikely, but Zionists themselves know before anyone that in case of occurrence the war, they will be the first and last looser of this war.