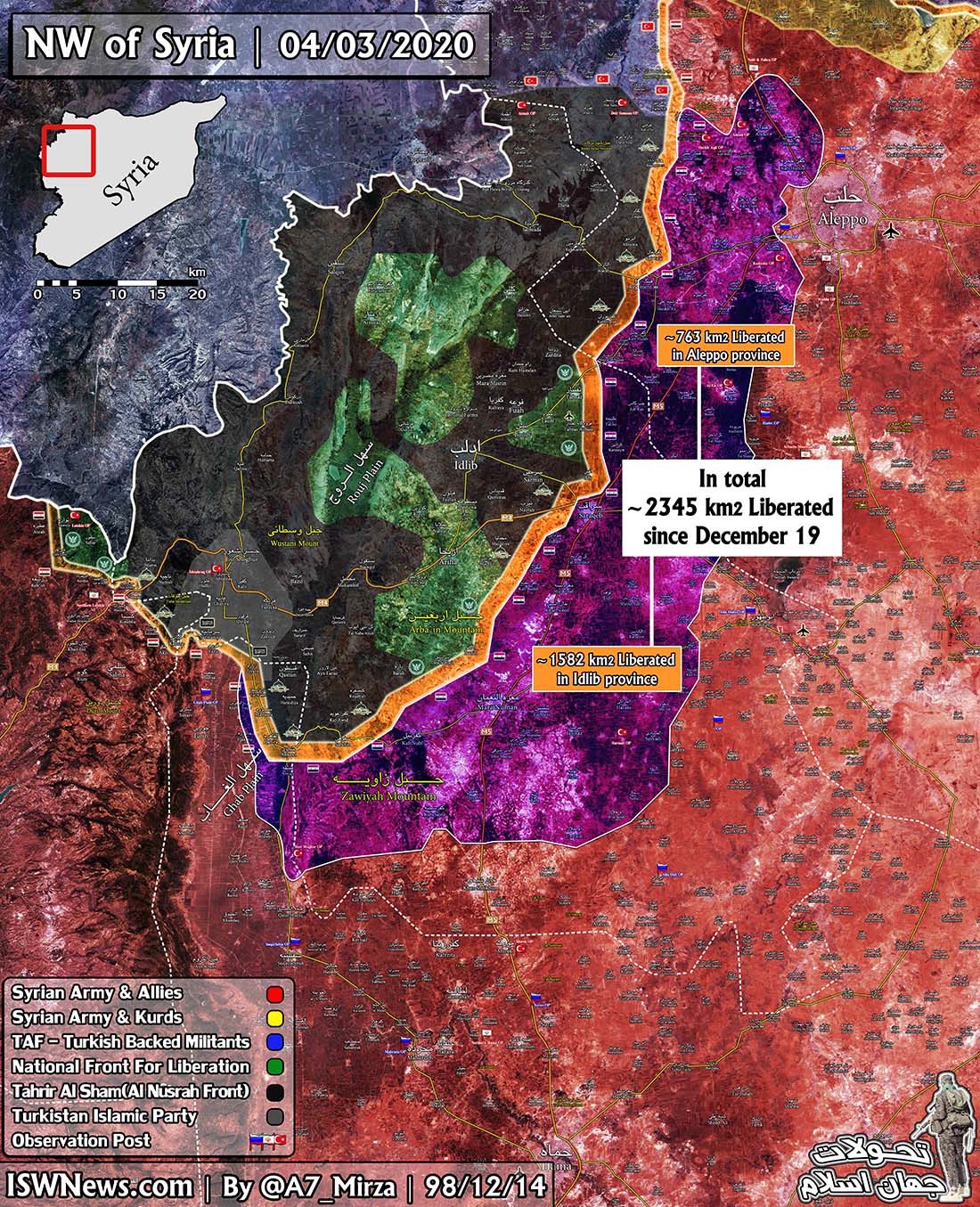 From the start of last part of operation by Syrian army and resistance forces in northwest of Syria on 19 December 2019 so far, about 2,345 km2 area were liberated from Turkish-backed terrorists, from which 763 km2 was in Aleppo and 1,582 km2 in Idlib provinces.

In Aleppo province after the liberation of strategic areas on the west of Aleppo city, the battle has subsided and liberated areas are stabilized, it seems Turkey’s militants do not have intention to open new front.
In Idlib province however the situation is very different. The battle is continuing between Syrian army and terrorists in southwest of Idlib in areas Zawiyah mountain and east of Idlib in Saraqib.
In recent days and after Saraqib’s control was passed between the army and militants several times, some of the villages and heights of southwest of Idlib were occupied by terrorists but Syrian army could halt terrorists advances around Kafr Nobol-Safuhan-Ankawi axis and stabilized previous advances.

Tomorrow, Thursday, there will be a meeting between Erdogan and Putin in Moscow regarding the situation in Idlib and future of the region. Last week Erdogan tried hard to occupy Saraqib and cut M5 to reduce the bitterness of the recent defeats and to have more bargaining chips in Moscow summit, but Syria and resistance axis persistence failed him.
Summit of Moscow has a great importance and the outcome will determine many things in Idlib area.