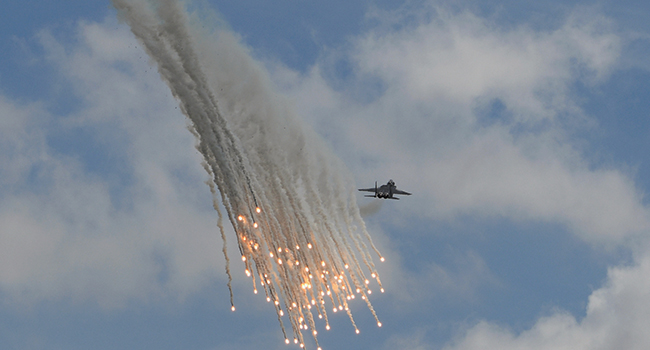 This heavy volume of air strikes can be done for two reasons:
1. Destruction the Ansarallah power and equipments, and prevention from their possible operation.
2. Preparation of Saudi coalition forces operation in the Sarwah front.

In the current situation, the first option is more possible.

Also according to the statements of Brigadier Gen.Yahya Sari the Yemeni armed forces spokesman, the AnsarAllah Fater-1 air defense system succeeded to push the Saudi coalition F15 fighters back to the Saudi Arabia sky, before entering the Al Jawf province sky; and to prevent from their attacks.