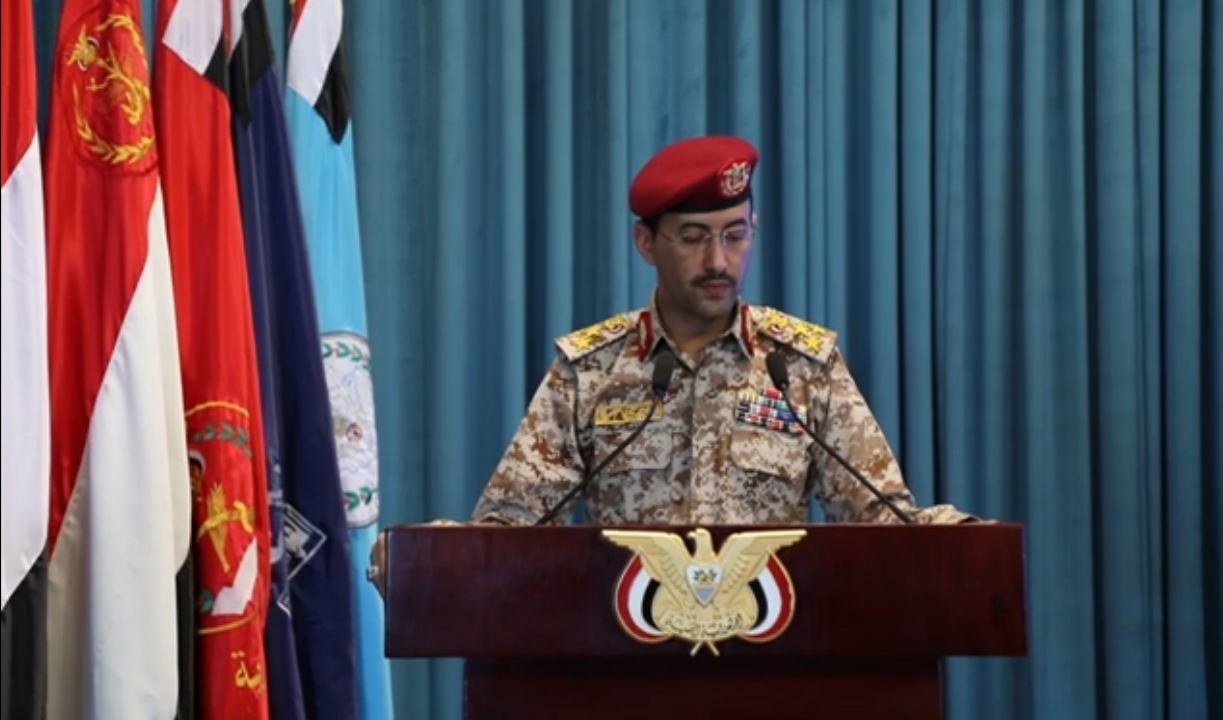 General Yahya al-Sari:
– People and tribes immobilization was important to fight with enemy.

– 5,426 of enemy’s operations neutralized, from which 1,226 operations in 2019 and 48 in 2020 were neutralized.
– Our missile force fired more than 1,067 missiles to enemy, from which 410 missiles targeted critical and military points in Saudi Arabia and UAE and 630 to enemy military positions inside Yemen’s soil.
– In 2019, 110 missile operations performed, from which 64 fired in December. The missiles are fired independently and in one instance during operation “Nasr Min Allah”, 10 missiles launched at the same time.
– Missiles were models Qahir, Burkan, Badr, Quds-1, Nikal, Qasem, Zulfaqar.

– Our armed forces gained invaluable experiences in developing missile systems which will be unveiled soon.

– From the beginning of the war, our navy and coast guard performed more than 29 operations against ships, vessels, and enemy’s navy, the most prominent ones, targeting warships Dammam (Saudi’s), Swift (UAE’s) among others.
Also some ships violating Yemen’s sovereignty were confiscated.

– From the beginning of the war our snipers performed 40,292 operations against enemy.

– More than 10 thousand soldiers and enlisted of the enemy are killed and injured, from which 4,200 deaths belong to Saudi army and more than 1,240 deaths and injured belong to UAE but UAE only claimed 120.
– More than 8,000 Sudanese mercenaries were killed and injured, from which 4,253 is Sudanese deaths.
– Some other casualties belong to Persian Gulf and Arabic states and foreign countries such as south American and Australia who formally helped enemy.
– In 2019 and this year so far, enemy’s casualties reached 22 thousand deaths and injured.

– Enemy’s damages and casualties are very high and only in the third military zone (Marib and Shabwah) more than 22,570 soldiers killed and injured.
– Our armed forces emphasize on defending the people, nation, religion and liberating the whole Yemen.
– Enemies should know that in case of continuing the siege and war, they should receive harder blows.
– Yemeni armed forces have strategic reservoir of weapons, missiles, etc., and we assure that we can increase the number significantly in a short time.

– We tell our leader Sayyid Abdul-Malik Badreddin al-Houthi, that in the sixth year of war, we are ready to launch any operation against the enemy.
– We have full strength to perform special operations against enemy’s financial targets and blow serious damages to enemies.
– We invite all honorable people of north and south to do their religious and national duty in the field of independence and freedom.