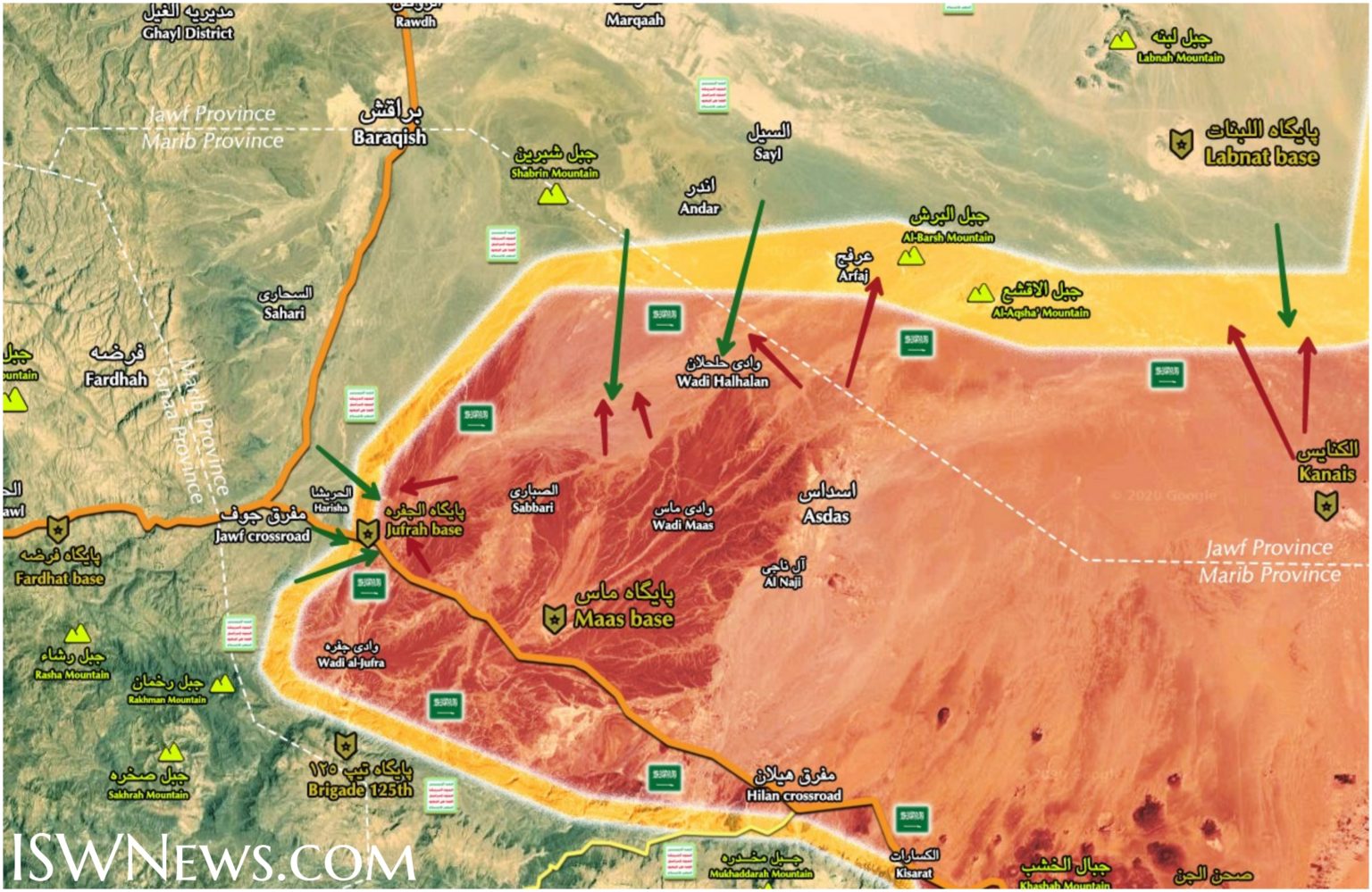 According to ISWNews local source, AnsarAllah launched attacks to Saudi coalition positions in areas Wadi Halhalan and Wadi Mass in northwest and Jufrah base in west of Marib province.
Saudi coalition has deployed numerous forces and equipment to these fronts before.