ISWNews Analysis Group: Ansar Allah missile units have targeted the Saudi-led forces positions in the al-Shajeri base in Abyan province with Qasem missile.

According to Brigadier General Yahya Sari’, a spokesman for the Yemeni Armed Forces, the missile hit the target precisely, killing and wounding dozens of Mansour Hadi forces.

The Emir of Kuwait passed away 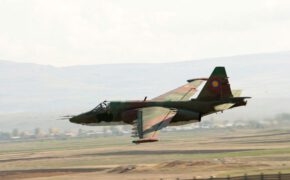 The Emir of Kuwait passed away