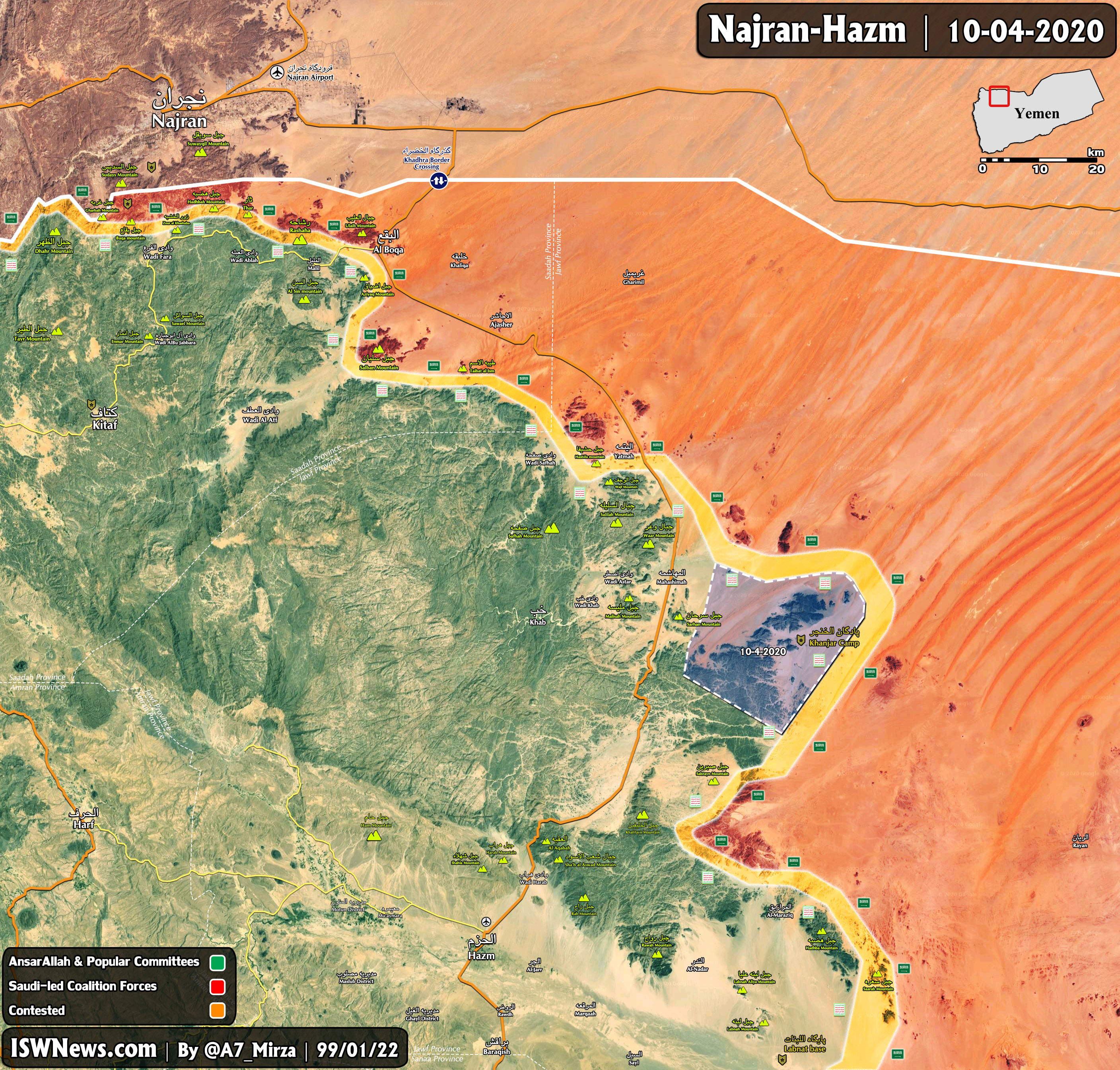 ISWNews Analysis Group: After several days of engagement and AnsarAllah’s strive to liberate areas occupied by Saudi coalition’s, today Khanjar base was liberated.

In east of Hazm front lines are unchanged but Labanat base was attacked by the coalition warbirds.

P.S. In February 2016, Khanjar base was occupied by Mansoor Hadi and coalition forces. Khanjar is important in controlling northern part of al Jawf province and by controlling Khanjar base, the coalition’s threats on western districts of al Jawf are gone and Ansar Allah can advance toward Yatma and Boqa with ease of mind.