Video: The first published footage from the moment of launching the Nour satellite by Qased satellite carrier 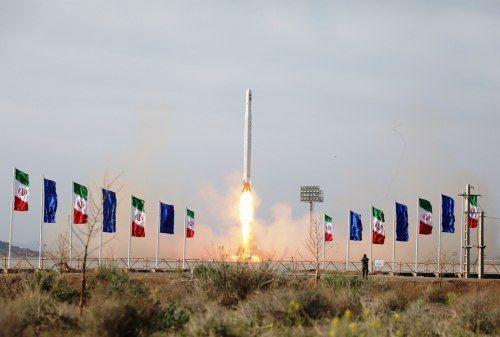 This morning (Wednesday, April 22) the “Nour” satellite was launched successfully from the three staged “Qased” satellite carrier and reached the orbit of 425 kilometers above the Earth’s surface.

The Nour satellite is now in the determined Orbit and its activity is a great breakthrough and a unique advance for Iran in various spheres including intelligence, communication and reconnaissance.

Major General Hussain Salami the commander-in-chief of the Islamic Revolutionary Guard Corps (IRGC):
– With the launch of Nour satellite, the IRGC became spatial and this translates to expansion and leap of IRGC’s powerful strategic defense intelligence.
– This multipurpose satellite can increase our strategic value in space and also in IT section and intelligence war, and also can create for us powerful fields in intelligence wars.
– We can enter any field with relying to God and our internal talents, and achieve impressive and world-admiring successes.