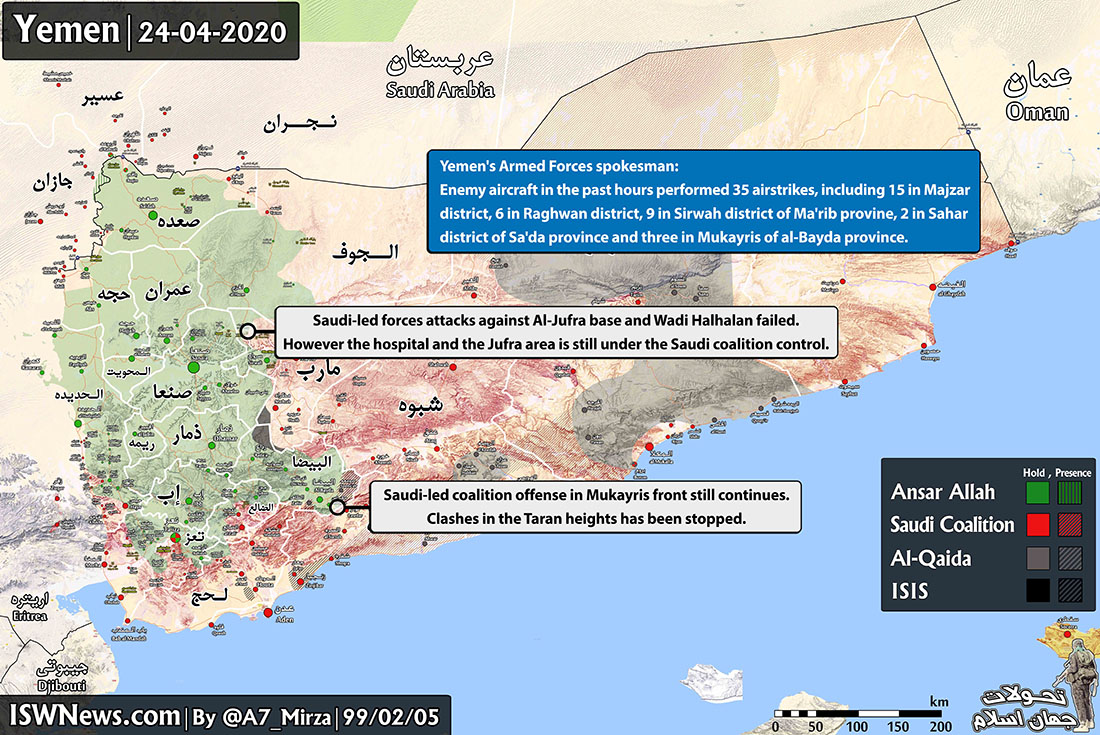 1. Yemen’s Armed Forces spokesman:
– Today our forces have repelled the enemy attacks in Raghwan district after hours of clashes from morning to noon.
– The enemy efforts in order to encircle us in Majzar district have failed.
– Enemy aircraft in the past hours performed 35 airstrikes, including 15 in Majzar district, 6 in Raghwan district, 9 in Sirwah district of Ma’rib provine, 2 in Sahar district of Sa’da province and three in Mukayris of al-Bayda province.

2. Ma’rib
– Saudi-led forces attacks against Al-Jufra base and Wadi Halhalan failed. However the hospital and the Jufra area is still under the Saudi coalition control.
– Ansar Allah have bombarded the gathering of Mansour Hadi forces with rockets.
– In result of rocket attack of Ansar Allah against the gathering of Saudi-led forces in Sirwah front, Abdul Nasser al-Halisi one of the field commanders of coalition was killed.

4. Saudi-led coalition extended its one-sided ceasefire in Yemen for one more month.