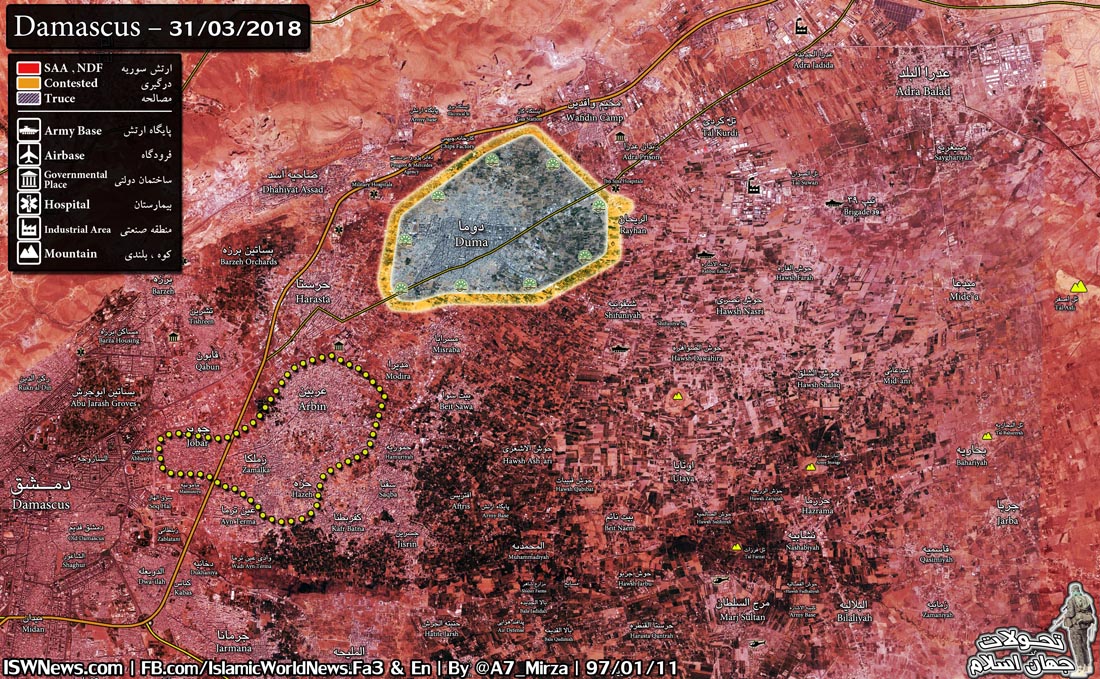 Islamic World News Analysis Group: After evacuation of the last of the militia from the area and entering of Syrian Army, the southern part of eastern Ghouta is liberated completely.

Yesterday after implementation of the last step of evacuation of militia from Arbin, Zamilka, Jobar and Hazah and by entering of Syrian Army to the area, safety and security return to war-torn neighborhoods of Damascus after years.

On the other hand, there are news that militia of Jaish al Islam who have control over Duma, after days of negotiation with Syrian Army agree to evacuate the region by giving Duma to governmental forces.

The main reason that Jaish al Islam do not want to leave Duma is their reluctance to enter Idlib governorate. Where the strong opponent, i.e. Tahrir al Sham (ex-al Nousra Front, Al Qaeda branch in Syria), has influence and control over a wide area in Idlib and there is a high chance of engagement with this group.

Should this news is confirmed, similar to what happened in southern part of Eastern Ghouta, the process of evacuation of militia from city Duma are done in several steps.