Opinion: What is Turkey seeking in Libya? 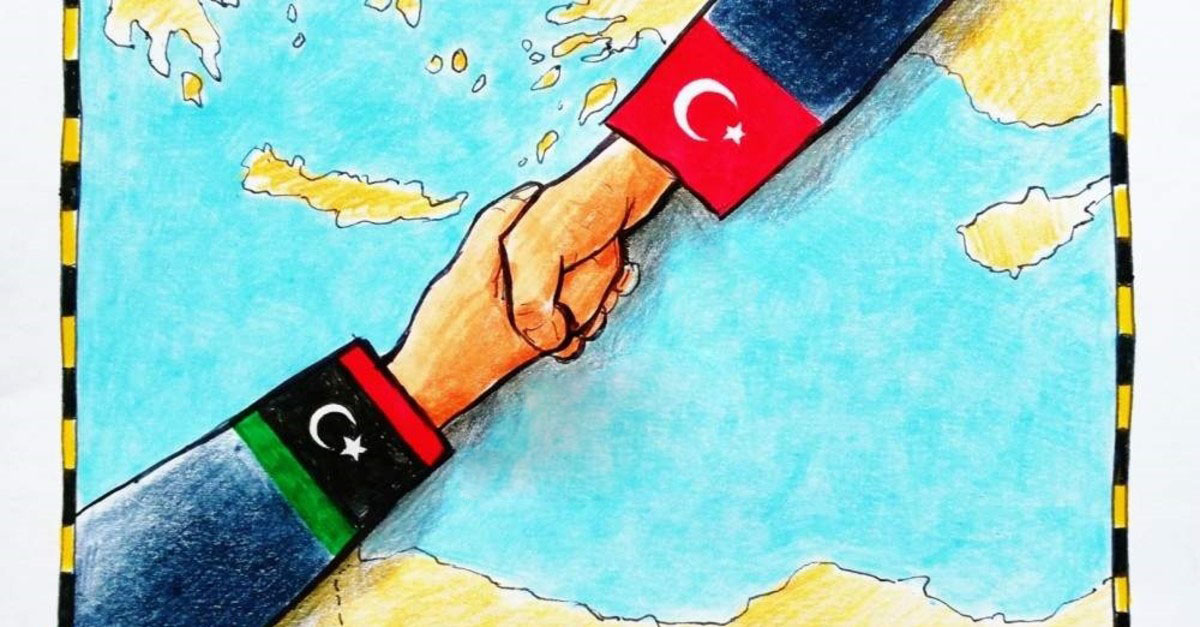 After the Col. Muammar Gaddafi overthrow in 2011 in Libya, that ended his more than 40-years governing, this country entered to a new stage of political and military actions. The actions that continue so far and have turned Libya into regional and trans-regional powers presence square. These clashes still continue, despite the numerous changing of […]

After the Col. Muammar Gaddafi overthrow in 2011 in Libya, that ended his more than 40-years governing, this country entered to a new stage of political and military actions. The actions that continue so far and have turned Libya into regional and trans-regional powers presence square. These clashes still continue, despite the numerous changing of governments. Among the most important reasons of this conflict continuation, can mention the factors like severe disagreements between the national congress early members and their supporting of Gen. Haftar, that announced the coup against national congress in a tv-speech, governments disability in disarming of armed groups and disability in forming a national army.

In the current situation, Gen. Haftar (LNA) has the control of more parts of Libya, with the support of some Libyan political groups, foreign countries like Saudi Arabia, UAE and some European countries; and also in other parts, the government stationed in Tripoli (GNA) is supported by Turkey and Qatar. Among the countries that involved in the Libyan conflict, the Turkey activities are more greater. This presence has many reasons including political, ideological and economic reasons.

The political and ideological dimensions of Turkey’s presence in Libya

The Government of National Accord (GNA) has the Muslim Brotherhood idealogy, that this issue is one of the main reasons of Turkey’s supports from the Tripoli based government in Libya. The AKP that is the ruling party in Turkey, supported of Muslim Brotherhood all over the Arab world in the Arab spring. The clear example of this issue, was supporting of Morsi in Egypt. Also, one of the reasons for Turkey and Qatar good relations, is the Muslim Brotherhood thoughts of Qatar. The thinking that one of its main rivals in the Sunnah world, is Wahhabism thinking by the Saudi Arabia leadership.

Erdogan, as the number one figure in Turkey in recent decade, is very interested in Muslim Brotherhood idealogy. Erdogan has studied at the Imam Khatib school, that is a religious school and promotes some of the Muslim Brotherhood ideas and has had activities in Turkey, and he is so interested in these ideas, regardless of political tendencies. Also, spreading of this ideology is a tool for the reviving the Ottoman geographical borders and ideas named Ottomanism by Erdogan, that include the Syria to Egypt and now the Libya.
Of course, the Libya has been the Mediterranean gateway for the Ottomans, since Ottoman empire. Therefore, the political reason for Turkey presence in Libya is an effort for the Brotherhood government domination in Libya in order to turning to a base for Turkey in the North Africa. In fact, the Turks believe that after the coup in Egypt and the Muhammad Morsi overthrow in Egypt as one of the Erdogan allies in north of Africa, Libya can fill this gap for Turkey.

The economic dimension of Turkey presence in Libya

But the other issue, is Turkey’s economic role. At the Muammar Gaddafi time, Turkey had many contractors in Libya, so with the Gaddafi overthrow, Turkey was from the countries that suffered economically in this country. Turkey’s economic activities in Libya were in the extent that this country had been turned to one of the major economic partners of Turkey. Turkey’s investments in Libya are estimated more than 28 billion dollars. Turkey wanted to follow this process after the Gaddafi overthrow, that Libyan economic negotiations with Turkey were postponed due to the Khalife Haftar confliction with the Government of National Accord.

On the other hand, access to the oil and gas as the cheap fuel and industrial motive is very important for Turkey. The issue that Turkey for reaching it, did drilling in Cyprus and even confronted with Europe. Libya is also from the countries that has a lot of natural resources. The sources that can release the Turkey from dependence on Russia and Iran.

Therefore, when the Government of National Accord asked Turkey to send the forces, the Turkish parliament allowed immediately Erdogan to dispatch military forces to Libya. After the Turkey policies failure in Syria and the hopelessness, or it’s better that say Erdogan’s fear of confronting with Syria and its supporters such as Iran and Russia, this country’s forces almost lost their efficiency in the Syria, and now for supplying the Turkey’s economic and political interests in Libya, should fight with Gen. Haftar that is backed by Saudi and UAE.