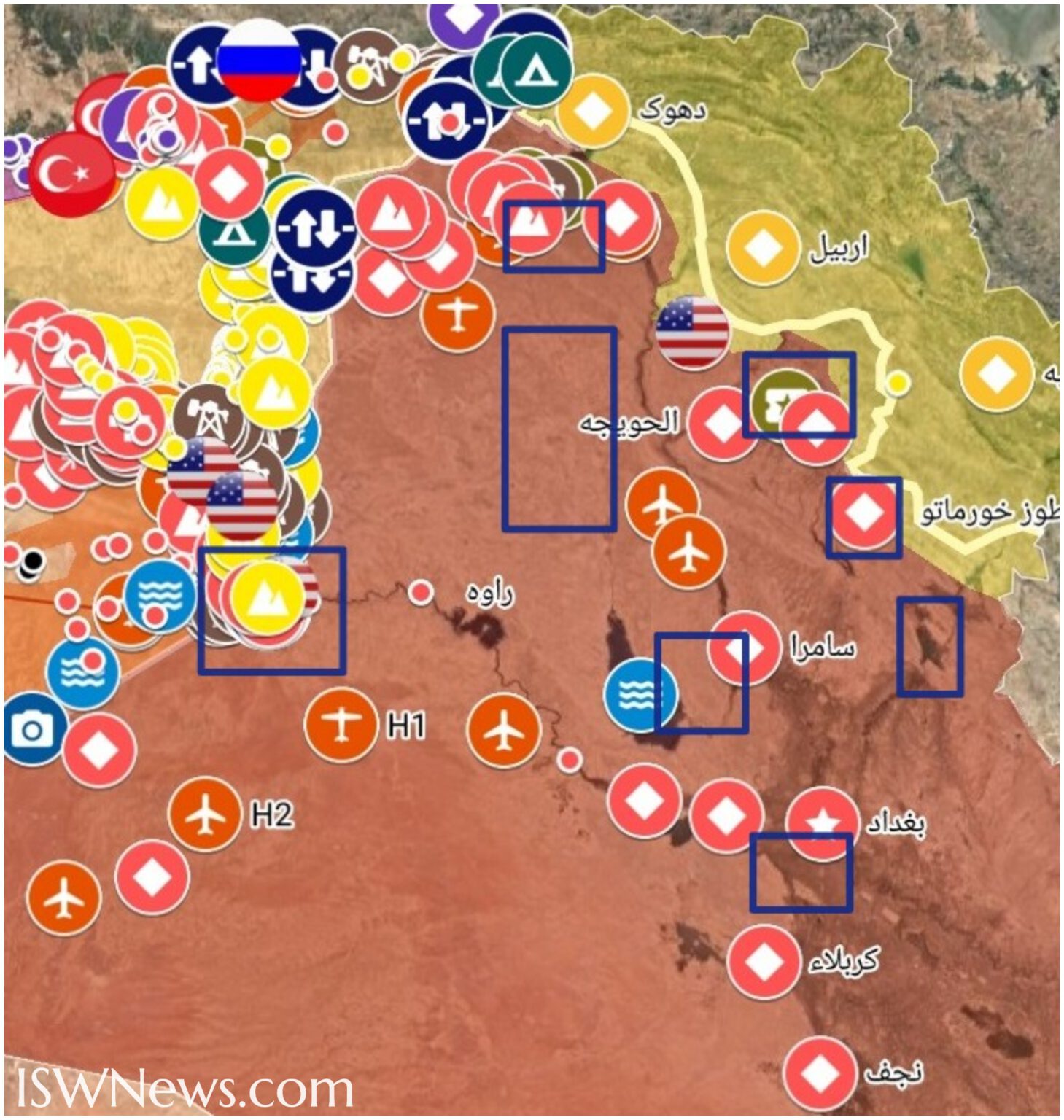 ISWNews Analysis Group: ISIS and Iraqi forces confrontation continues in north and west of the country.

1. Diyala:
During the explosion of a car in the suburb of al- Miqdadiah, a police officer was martyred.

2. Salah al-Din:
– Due to ISIS attack on an Iraqi Army vehicle in the west of al-Siniah city, located in the suburb of Biji, one Iraqi force martyred.
– The searching and clearing operation in the southwestern regions of Samarra by Hashad al-Shaabi.
– During Hashd al-Shaabi operation named as “Aswad al-Jazeera”, the western desert of Salah al-Din was cleared of ISIS members. In this operation, 3 ISIS members were killed, and their equipment was seized and their headquarter was destroyed.

3. Neineveh:
– The Iraqi intelligence forces arrested 2 ISIS terrorists in the al-Shura region, in the south of Mosul.
– During explosion of landmine in the path of Hashd al-Shaabi forces in the Bastamli village(in the suburb of al-Touz), one person was martyred and two others were wounded.

5. Babil:
The infiltration of ISIS members into the al-Awisat region (suburb of Jurf al-Nasr) was failed by Hashad al-Shaabi. During this clashes, one Hashd al-Shaabi forces was wounded.

7. Al-Anbar:
The intelligence forces arrested 4 ISIS members in the al-Qaim.