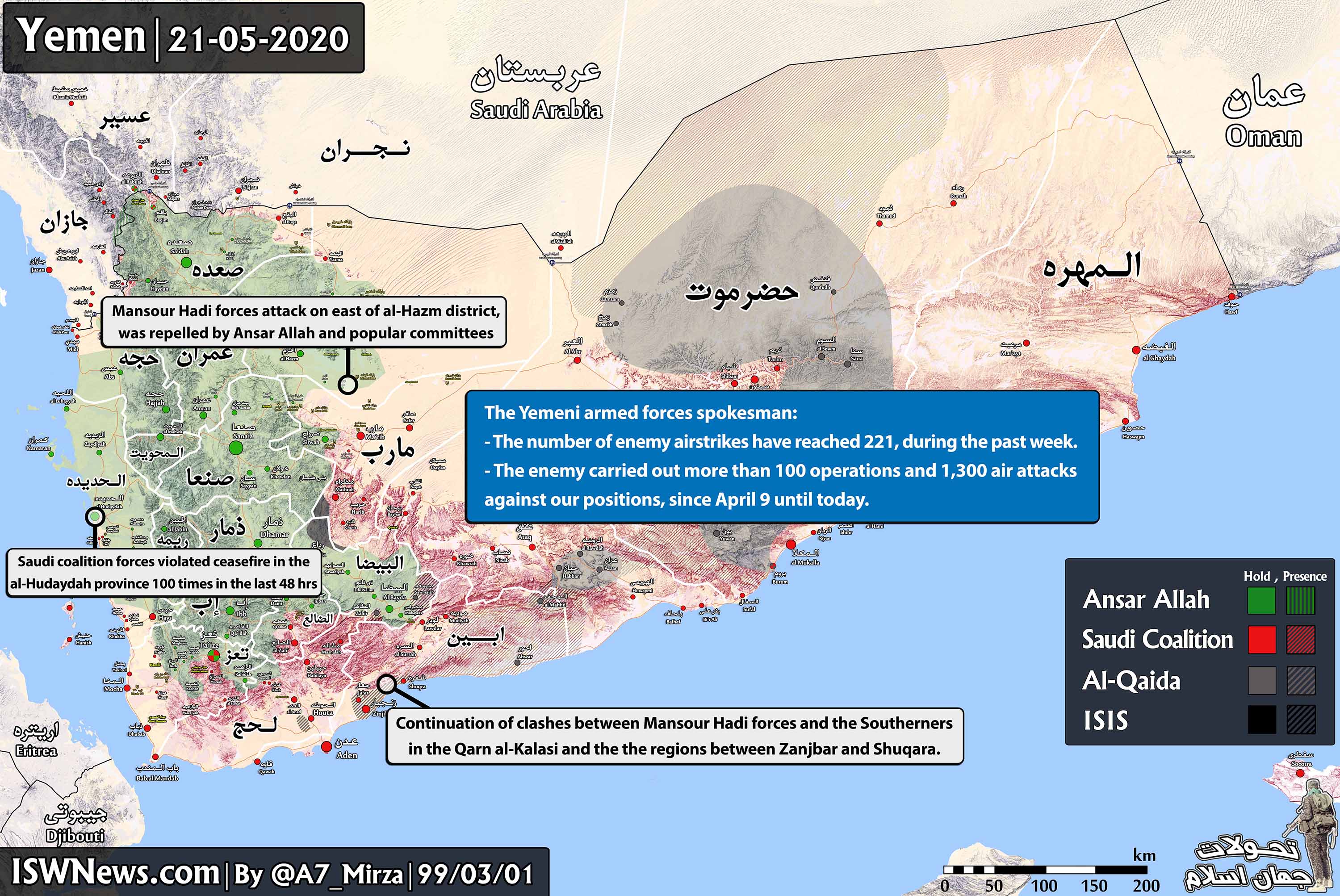 1. Summary of Seyyed Abd al-Malik Badr al-Din al-Houthi message about al-Quds day:
– International Quds day is an opportunity for liberating the Palestine, restoring the sacredes and saving the Palestinian people.
– The Israel, is the enemy of the entire Islamic world and is a threat for global security and stability.
– The Yemeni people are ready for supporting from Palestine and its sacredes, beside the Islamic world freemen.
– We condemn the normalizing of relations, that the Saudi regime is in top of it.
– We present our suggestion to the Saudi regime about exchanging the Palestinian captives with one Saudi pilot and five Saudi officers, again.

2. The Yemeni armed forces spokesman:
– During the past week, the Saudi-American enemy has done more than 13 operations in the al-Jawf, Marib, Taiz and Saadah fronts.
– Also, the number of enemy airstrikes have reached 221, during the past week.
– The enemy carried out more than 100 operations and 1,300 air attacks against our positions, since April 9 until today.

4. Al-Hudaydah:
During the past 48 hours, the Saudi coalition have violated the ceasefire more than 100 times in this province.

6. Abyan:
Continuation of clashes between Mansour Hadi forces and the Southerners in the Qarn al-Kalasi and the the regions between Zanjbar and Shuqara.