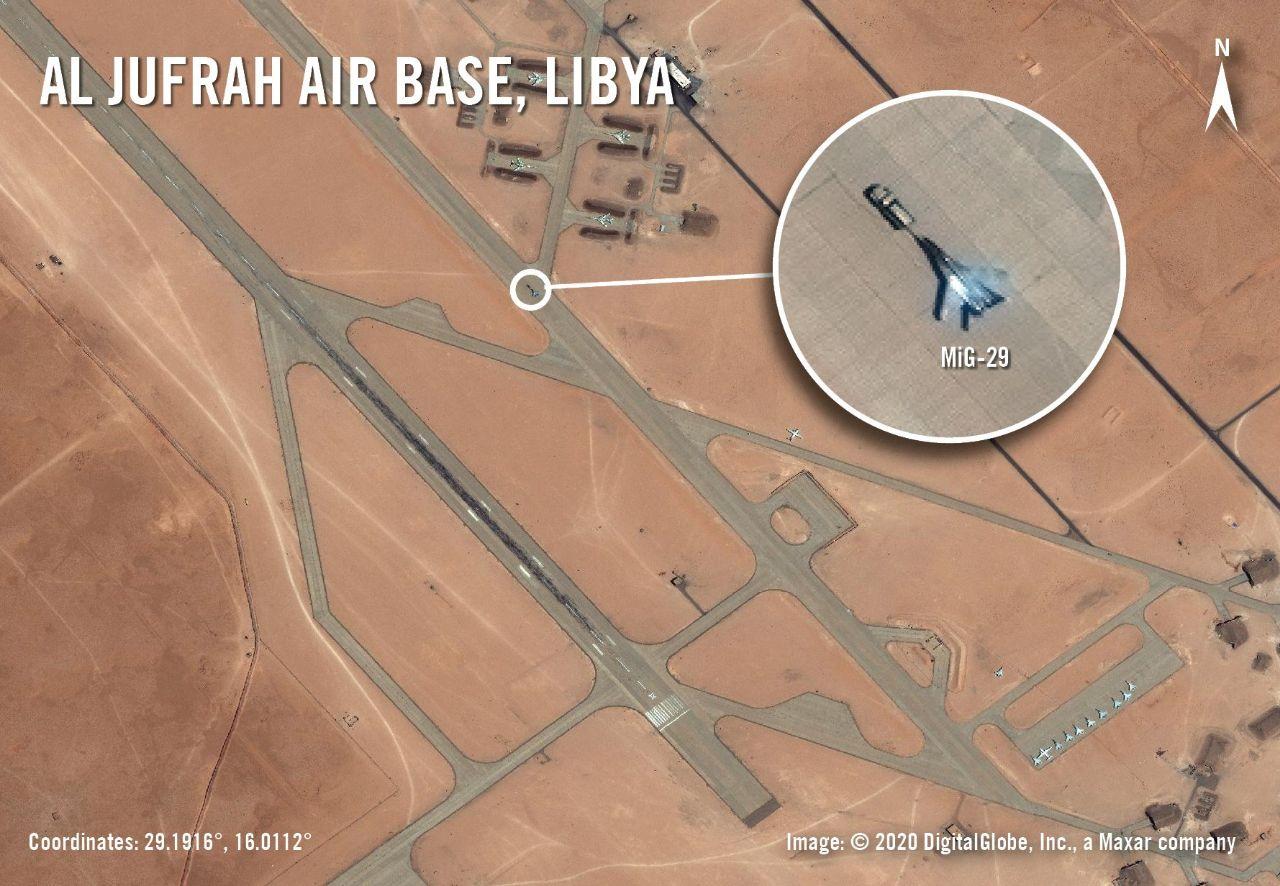 ISWNews Analysis Group: Recently, a number of Russian-made fighter jets were spotted at al-Jufrah airbase, which is controlled by the Libyan National Army (LNA) under the command of General Haftar.

In the picture a Mikoyan MiG-29 can be seen in al-Jufrah airbase located 230 km south of Sirte controlled by LNA.

These fighters can be delivered to Libya in three ways:
1. Russia sold it to LNA or is sent to support LNA
2. These jets belong to Egypt and UAE has helped shipping them to Libya in order to support LNA
3 Syrian government have provided them

Fathi Bashagha the interior minister of Government of National Accord (GNA) said earlier that Russia have sent eight Mig 29 and Sukhoi fighters to eastern Libya.