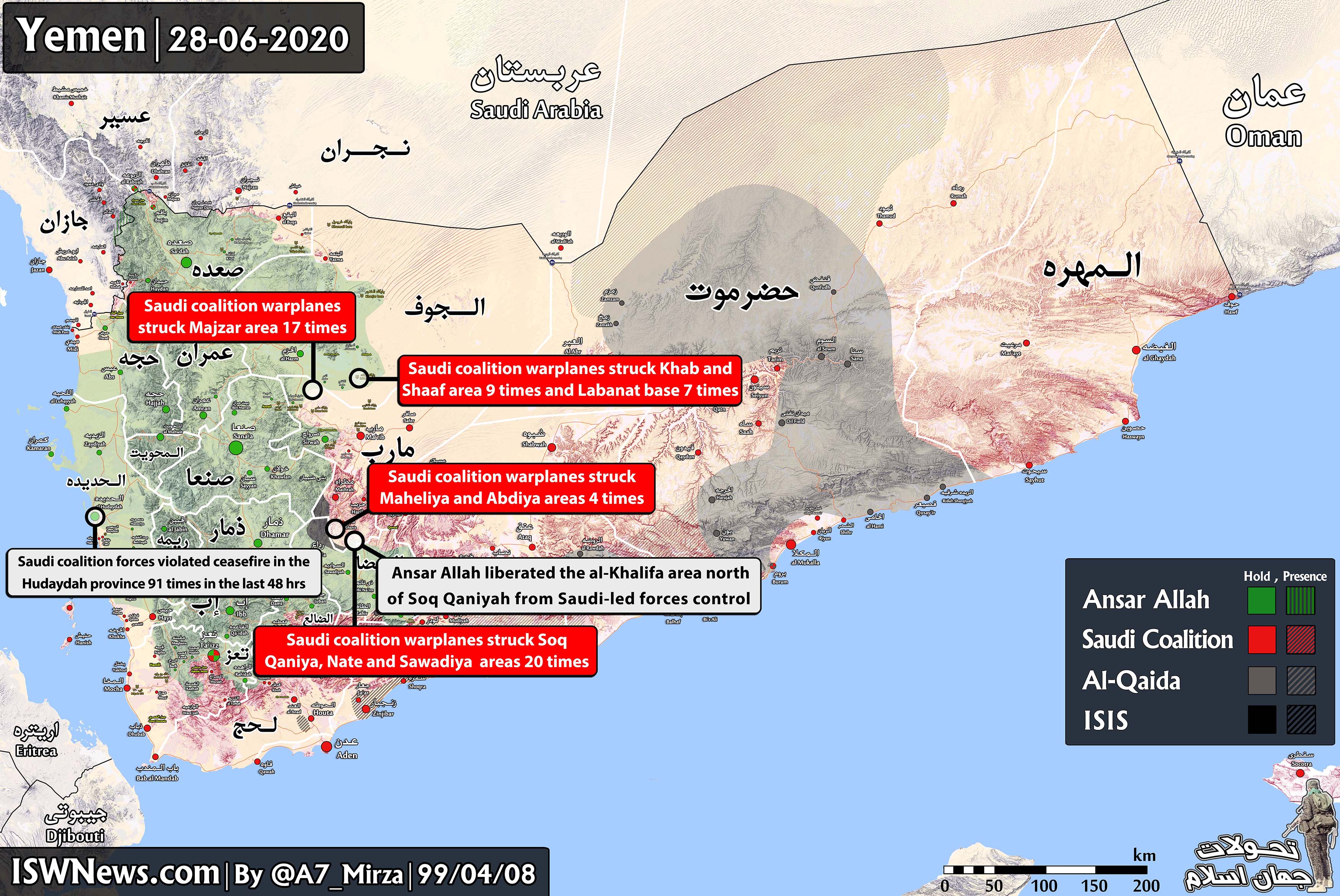 3. Al-Jawf:
The Saudi-led coalition warplanes bombed the Khab and Shaaf district 9 times and al-Labnat base 7 times.