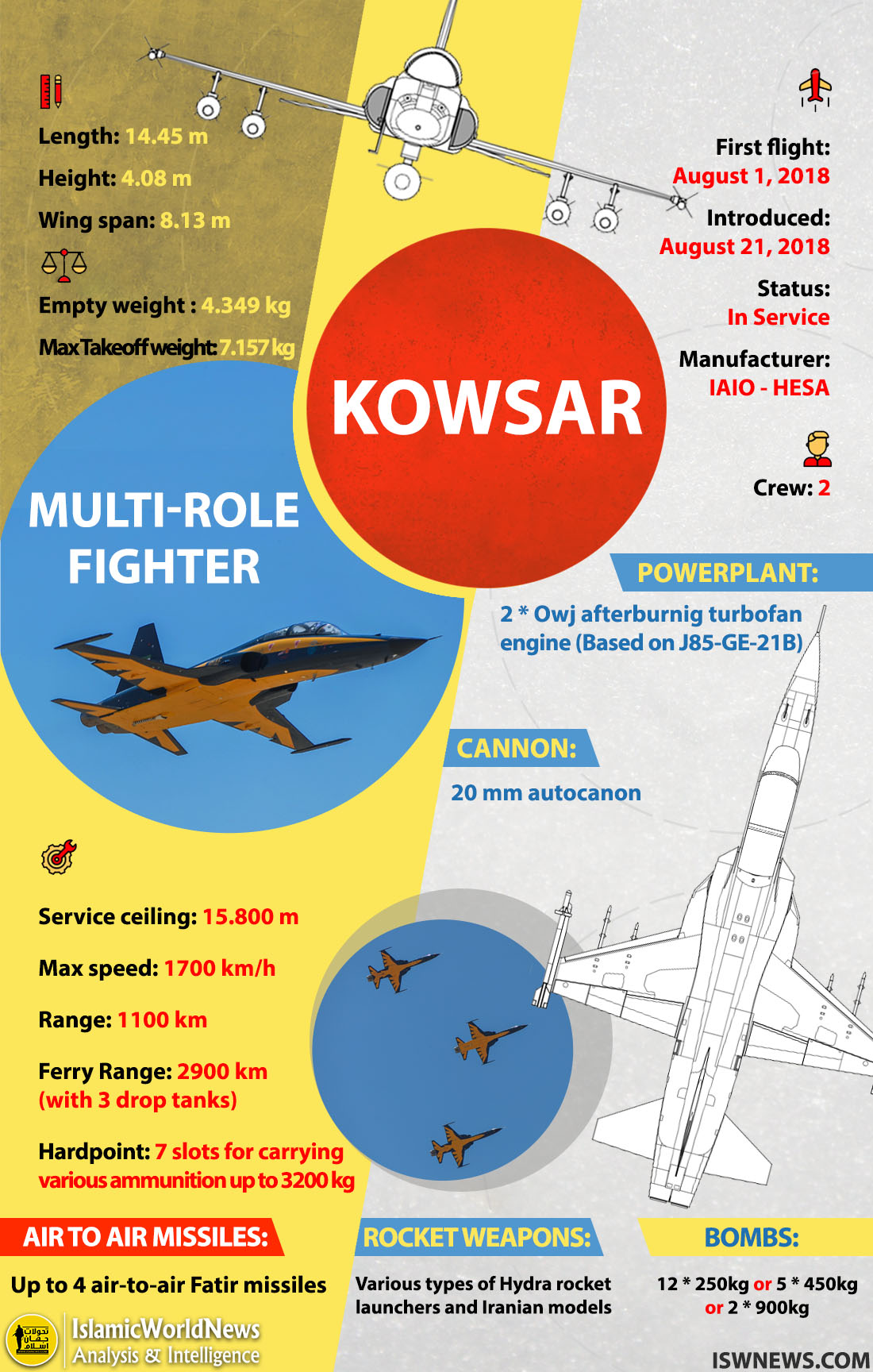 On June 25, 2020, during an official ceremony, three Kowsar fighter jets were delivered to the Iranian Air Force. Kowsar fighter is made in two types of single cabin and two cabins, the two-cabin type of which, in addition to combat capability, is used to train pilots in the advanced stage.

This fighter uses a native Iranian turbojet engine called “Owj”. Owj is the first jet engine made in Iran that can fly up to 50,000 feet and can be mounted on a variety of birds with a maximum lift weight of 10 tons. The fighter also uses advanced 4th generation avionics and fire control systems.

Armament
– Hardpoints: 7 total; 2× wing-tip AAM launch rails, 4× under-wing & 1× under-fuselage pylon stations with a capacity of 3200 kg.
– Cannon: One 20 mm cannon in the nose
– Missiles, Rockets and bombs: 2× 250 kg bombs or 5× 450 kg bombs or 2× 900 kg bombs and all kinds of Hydra rocket launchers and its Iranian models and Simorgh cluster bomb and up to 4 Fatir (Sidewinder) air-to-air missiles