Latest Military Situation in Southern Damascus; All Things You Need to Know About the Siege of Yarmouk Camp 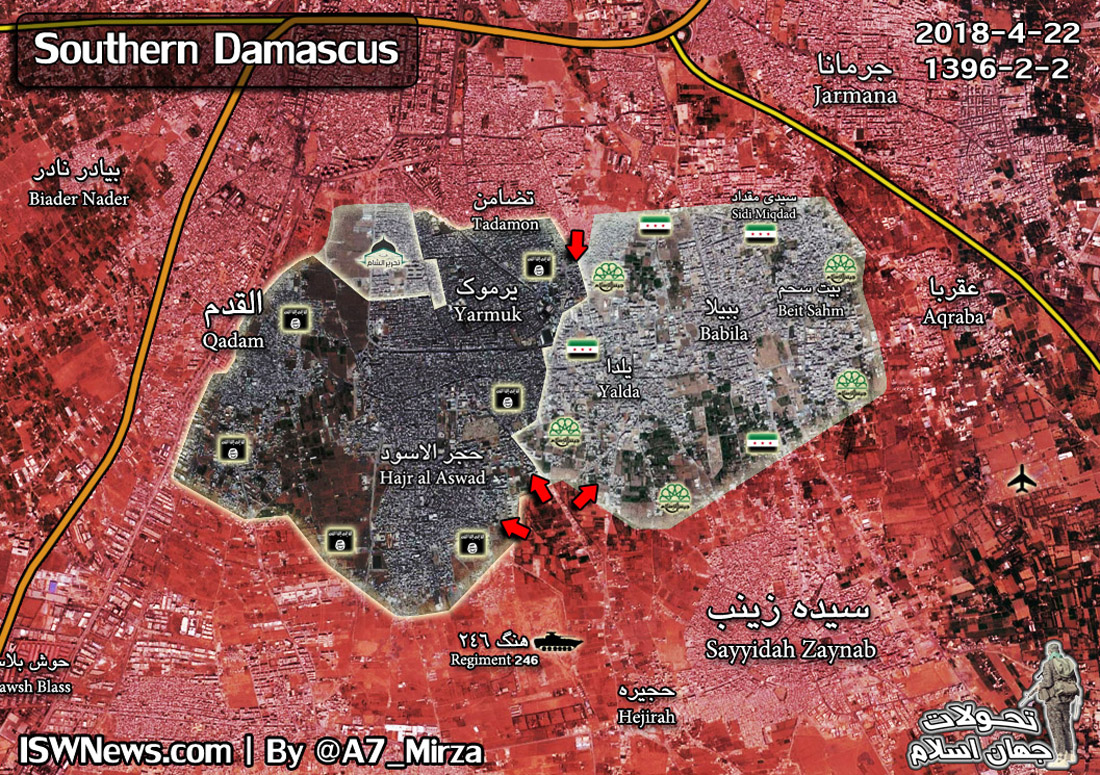 In recent years,many attempts have been made to liberate areas in southern Damascus which is occupied by a wide range of armed groups, with the least possible clashes through ceasefire and reconciliations.

After the liberation of Eastern Ghouta, the Syrian army focused on besieged areas all over the country to bring safety and security as soon as possible to this areas.

But as usual due to militant`s sabotage an their unacceptable demands, ceasefire negotiations and reconciliations faced with troubles.

The main problem of the armed groups is their next destination after the evacuation from south of Damascus. The Syrian army said that the ISIS terrorists should go to Eastern Badiyah(Syrian deserts), Hay`at Tahrir al Sham(Jibhat al Nusrah) to Idlib and other militant groups can choose between Idlib or Jarablus.

But militants have another demands, some of them reject reconciliation and some other wants to go to Daraa in southern Syria.

Therefore, due to the delay of the militants and their unacceptable demands; The Syrian army began its operation on April 19 to liberate the occupied areas in south of Damascus.(Yarmouk pocket)

In the first two days of operation, artillery and Syrian-Russian fighters put ISIS positions in Hajar al-Aswad under the heavy bombardment; then the advances on the ground began and the government forces with help of Palestinian Liwa al Quds and other allies made some progress in northern and southern axis.

– In the northern axis, with the advances between the neighborhoods of al-Salikhah and al-Tadamon the Imam Ali (as) mosque and a number of surrounding buildings were liberated.

– In the southern axis, the Syrian army managed to liberate al Zayn district by advancing in the southern part of Yalda and Hajar al-Aswad neighborhoods.

Information about the southern Damascus pocket:

– The armed groups are surrounded by an area of about 15 square kilometers.

– The Hayat Tahrir al-Sham militants(ex-Nusra Front) are present in a small section (about 30%) in the northern part of Yarmouk camp.

– The Jaish al-Islam militants are present in many parts of Yalda and Beit Sahm.

– Other armed groups such as Sham Al-Rasul and Ababil Hooran(related to FSA) are in other areas in Babila, Sayyedi Meqdad, Salekhah and parts of the Yarmouk camp.

– Also, small groups such as Kataeb Aknaf Beit El Moqqdas close to the Hamas movement, Abna al-Yarmouk and Liwa Zaha al-Islam are also present in parts of the Yarmouk camp. 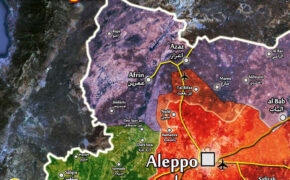 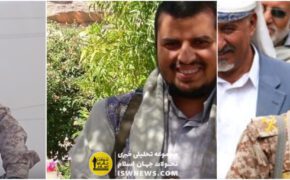