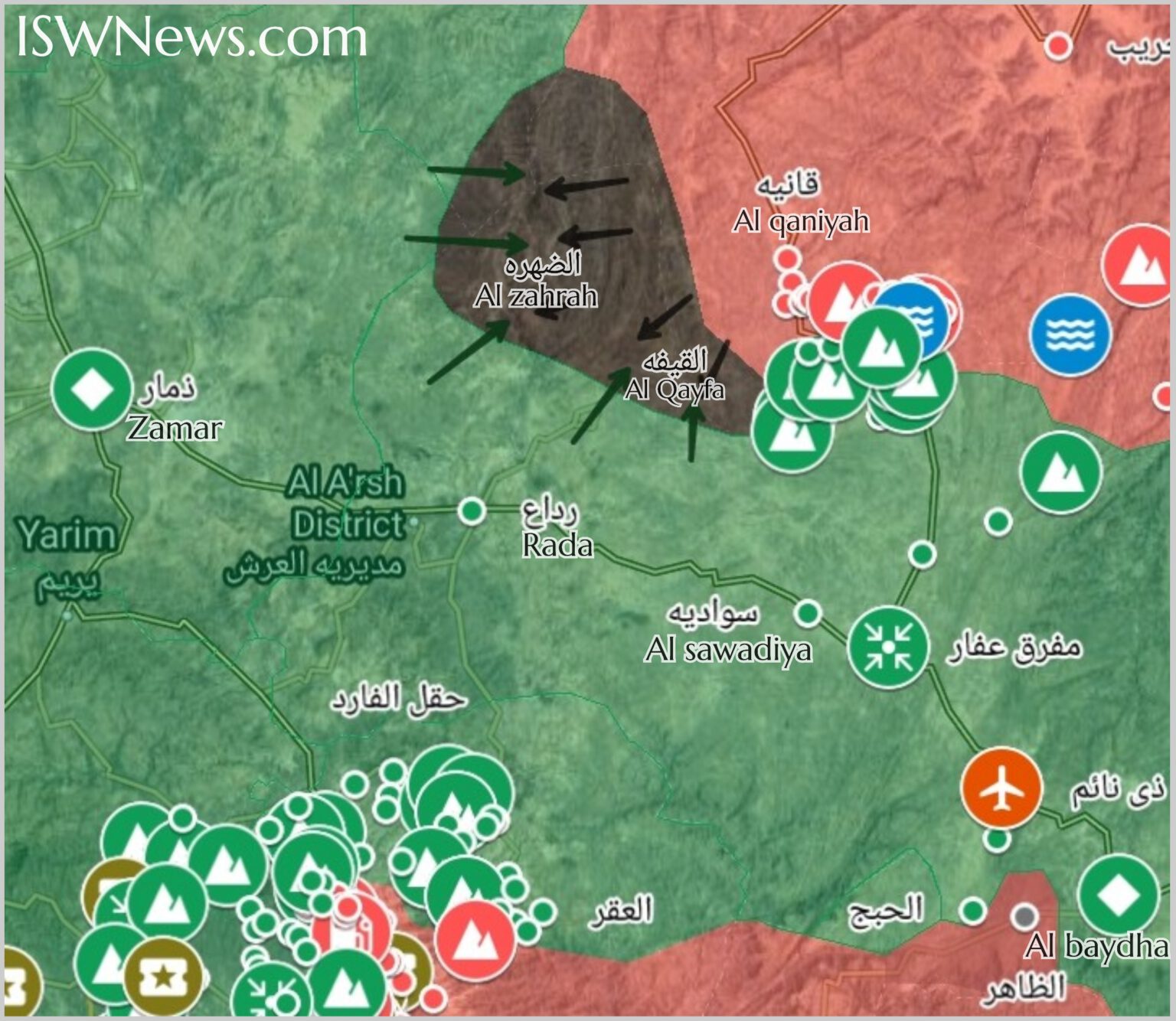 ISWNews Analysis Group: Ansar Allah and allied tribes have launched operations against the positions of ISIS and al-Qaeda terrorists in the districts of al-Qurayshiyah and the Walad Rabi’, located in the northwestern of al-Baydha province.

Al-Zahra, Al-Sharia, Al-Khabza and Jabal Al-Alib areas in the western part of Al-Qifa area were liberated during the operation today. Clashes continue on this fromt, and Saudi coalition warplanes have so far not provided support to ISIS and al-Qaeda.

In recent years, ISIS and al-Qaeda militants have always been active in the region against Ansar Allah and their allied tribes, and have sometimes committed killings and crimes against innocent people, which has ultimately led to Ansar Allah operations in the region. The operation is said to continue until the district of the Walad Rabi’ and al-Qurayshiyah is completely cleared of ISIS and al-Qaeda.