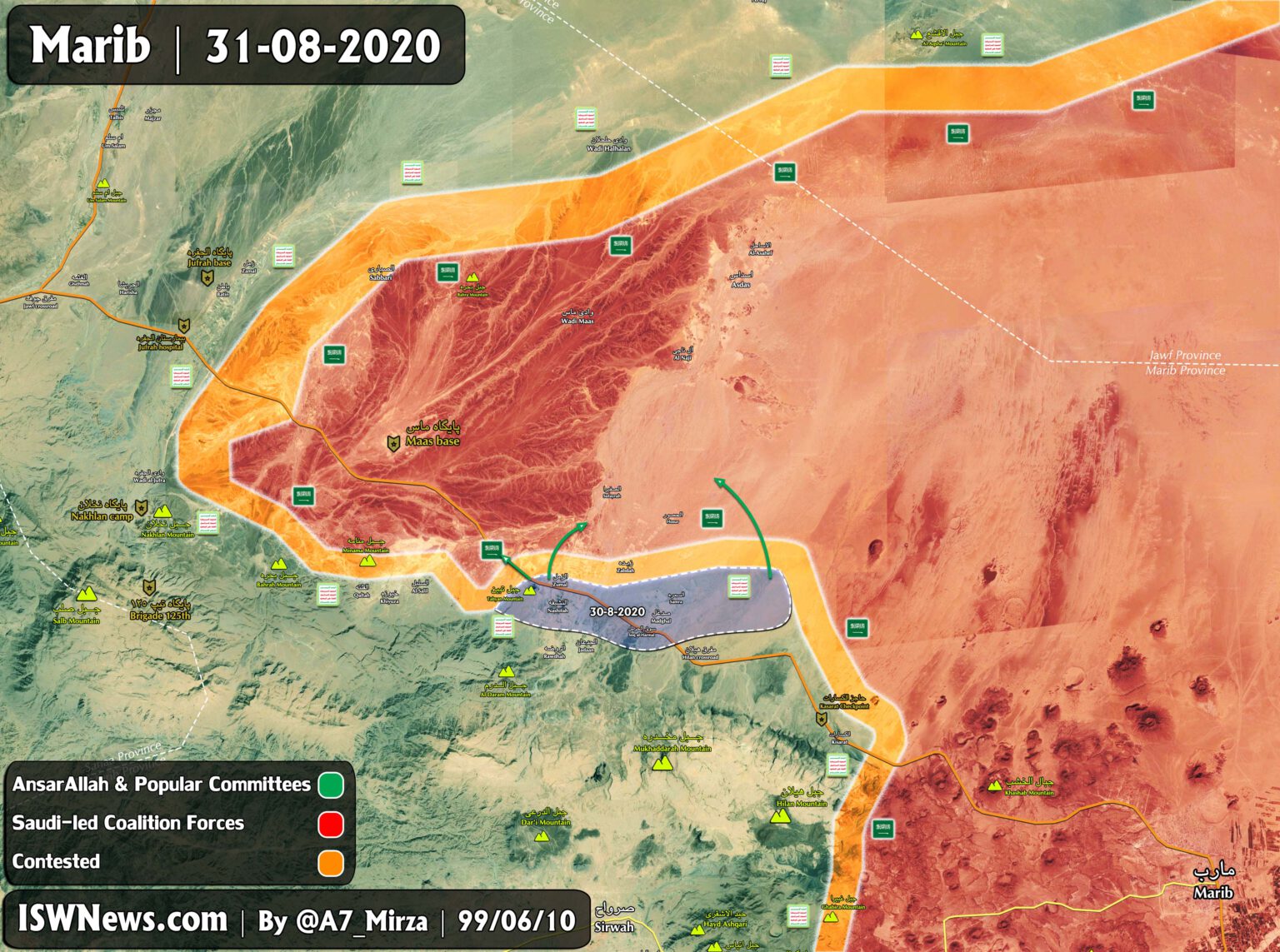 ISWNews Analysis Group: Following the clashes between Ansar Allah and the Saudi-led coalition forces in Ma’rib province, the center of Madghal district was liberated from the control of the Saudi coalition.

According to the latest news from the western front of Ma’rib province, Ansar Allah has succeeded in liberating and stabilizing the Madghal village, the center of Madghal district, and their advance has continued to Tabyan mountain and the western areas of Madghal.

On the southern front of Ma’rib province, despite the exaggerated reports from local media that Ansar Allah is in control of al-Maheliyah distric, Ansar Allah has retreated from the southern suburbs of al-Amoud.
Clashes are now taking place in the Aqba Muhalal area south of Morad mountain.

On the northern front of Ma’rib province, Ansar Allah has carried out new attacks on al-Ruwaik and al-Alam al-Abyadh mountain, which have not yet led to the liberation and stabilizing of the mentioned area.

In the past 48 hours, Saudi-led coalition warplanes have bombed 18 times the Madghal district, 20 times the Al-Maheliyah district, 1 time the Al-Abdiyah district, 9 times the Wald al-Rabi’ district and 4 times the al-Hazm district, indicating heavy fighting on the Ma’rib front.