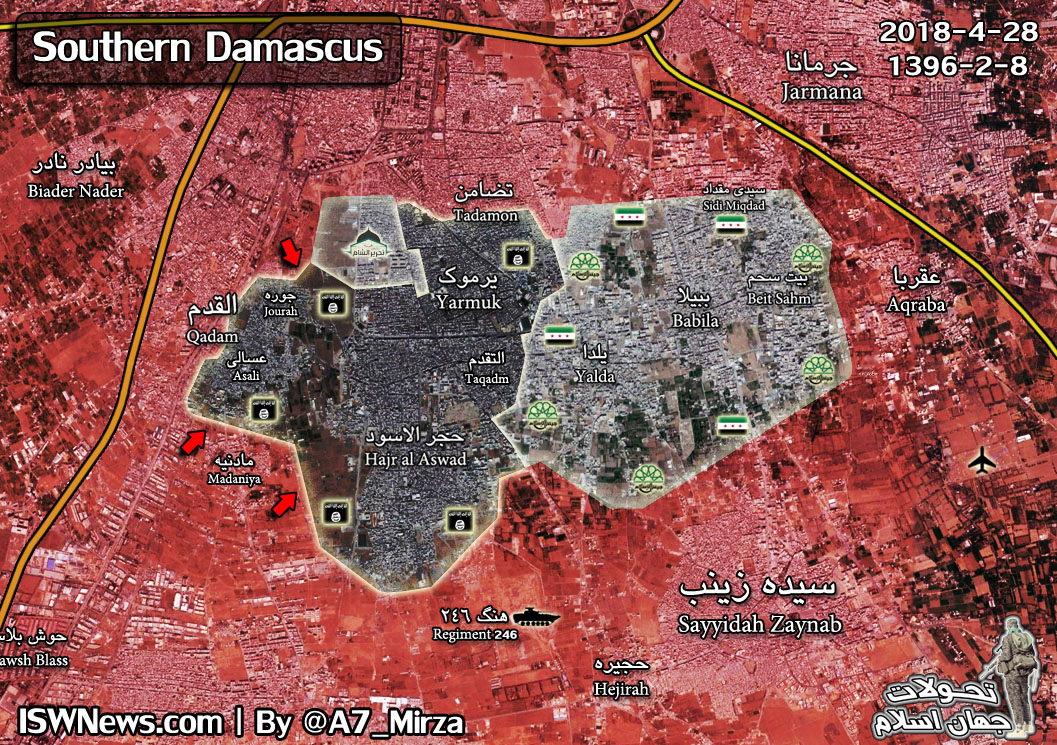 In recent week, despite the efforts of the Syrian army and it’s allies for further advancements in southern Damascus, ISIS’s resistance prevented further progress.

Due to the extremely dense urban texture and destroyed buildings, every step of the region becomes a full-fledged battlefield; those who have fought in these situations, understand the difficulty of this battles.

During the past six days, the Syrian army succeeded to liberated a number of industrial buildings, with a slight advance in the north of the Al Jorah neighborhood. However, the progress made in the Al-Qadam district was not enough to expel ISIS from there.

Therefore, the operation was intensified and eventually the Madaniya neighborhood was completely liberated from ISIS in the south of al-Qadam district.

With progress made in al-Qadam, the ISIS terrorists were trapped in the remnants of al-Jurah and Asali neighborhoods and future advances in this area has become easier for the Syrian army.

It is worth noting that the three industrial areas of al-Jurah, al-Asali and al-Madaniyah neighborhoods are part of the Al-Qadam district, which during the recent years were under ISIS occupation.

There is no accurate information about the casualties. However, the opposition media reported more than 55 deaths for ISIS and ISIS terrorists claimed more than 30 casualties for SAA.