Three Palestinians Were Martyred In the Fifth Protest of “Great March of Return” By Israeli forces; Images 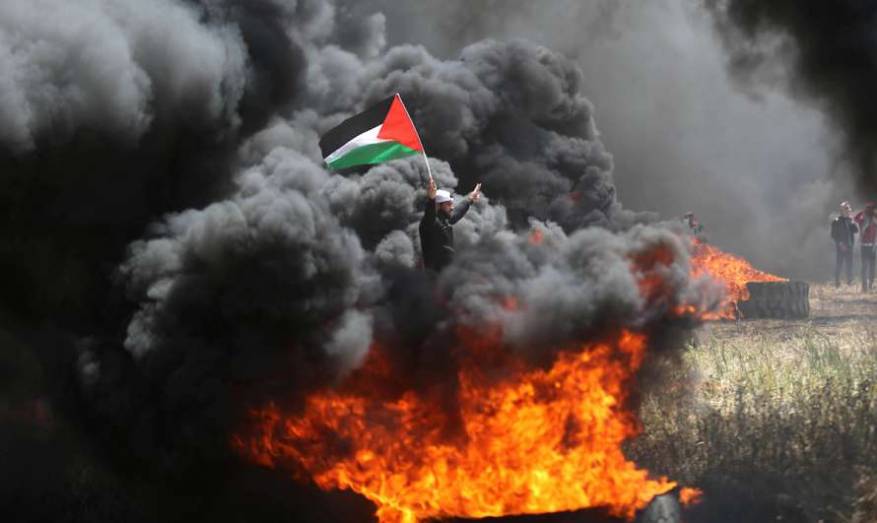 Islamic World News Analysis Group: On Friday, the fifth Palestinian rallies were held against the Zionist occupation with the presence of thousands of people from the West Bank and the Gaza Strip.

During the fifth major rally of the “Great March of Return” which was held throughout the lands of the West Bank and the Gaza Strip, Three young Palestinians, Mohammad Amin al-Moghid (21 years old), Abdul Salam Bakr (29years old) and Khalil Na’im Ataullah (22years old) were martyred by direct shootings by Zionist troops.

The “Great March of Return” protests will continue until the 70th anniversary of the occupation of Palestine by Israeli regime in May 25th.