The Situation in North of Deir ez-Zor Has Not Changed; Map 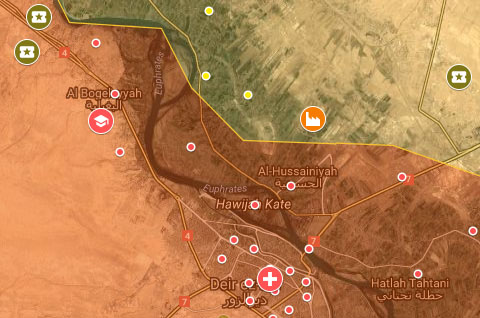 Islamic World News Analysis Group: Yesterday pro-government media claimed the SAA advances in north of Deir ez-Zor, however the news of this progress is denied.

But hours later, SDF media claimed that the villages were recaptured by the Kurds.

The facts about the areas mentioned are that these areas are part of the contact lines between the two sides because of their particular geographic situation and the position of the front lines of the Syrian army and SDF and this lines  may change again in the future.